Home Entertainment The contender for the title of “Game of the Year” is dedicated... 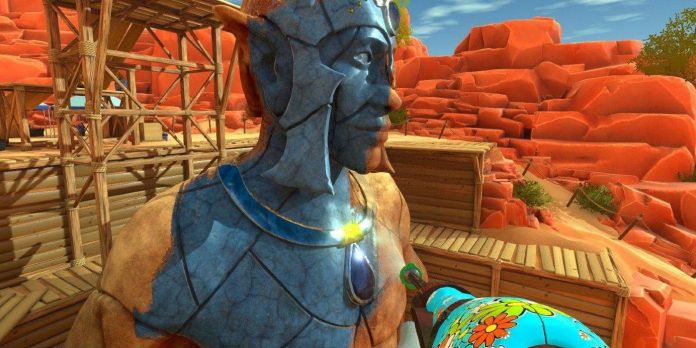 After the recent release from early access on July 14, PowerWash Simulator may become a contender for the title of “Game of the Year”. Since its launch in early access a little over a year ago, the game has been quite popular among Twitch streamers, which gave them a relaxing task while chatting. Now that the game has had a full launch, it seems that this concept is gaining popularity among others.

While many games are action-oriented and aimed at keeping the player interested, PowerWash Simulator offers the satisfaction of digital cleanup. Instead of destroying hordes of enemies or exploring a huge new world, this new indie game allows players to clean dirt from surfaces, from backyards and playgrounds to the rover. This allows players to get all the fun out of high-pressure laundry, but without any inconvenience, such as having to pay for new supplies or any other monotonous tasks associated with creating a cleaning business. This combines PowerWash with a series of Truck Simulator games, allowing players to drive around the country with much less stress than a real loader career.

However, with the launch of version 1.0, PowerWash Simulator has added even more features, thanks to which the game has turned from a fun relaxation into a contender for the title of “Game of the Year”. Firstly, PowerWash Simulator has added an online multiplayer mode, a feature that now makes the game a relaxing and social game that can be shared with friends. The game also now has a full career mode, which now even has a story for players.

The full version of PowerWash Simulator makes the game even better

The addition of a multiplayer online game is one of the new features of the full version that players can expect in the full version of PowerWash Simulator. Players can play with one other player in Career mode or play with a group of up to six people in Free Play or Special modes. Now players can relax with friends in a variety of modes.

Also, the game’s career mode is now complete and is the perfect way to relax while maintaining a sense of direction. In it, players work in the cleaning industry, buying new consumables, nozzles for washing machines, clothes and much more. It even has a campaign with hints of some kind of history and knowledge for players who want to find them, but can easily be ignored by those who just want to clean up and relax.

At the moment, players can find PowerWash Simulator either on Steam or as one of the new July games in the Xbox Game Pass. Currently, there is no news about the release of the game on other platforms. While exiting early access probably means the end of significant content updates, the addition of co-op and full career mode makes PowerWash Simulator a useful relaxing game for all Xbox and PC players.