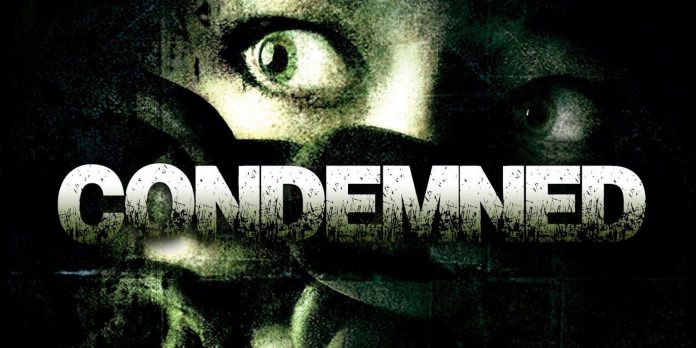 The horror genre in games has been steadily developing over the past few decades. Starting with text-based games, ending with primitive three-dimensional adventures such as Alone in the Dark, and then turning into high-budget, technically astounding games such as Resident Evil and Silent Hill, the horror genre continues to evolve year after year. But from time to time, a bold new horror experience slips through the cracks, and the Condemned series is certainly an example of that.

The two Condemned games, released in 2005 and 2008 respectively, were first-person horror games that instantly became cult classics. The Condemned series, heavily inspired by harsh, groundbreaking horror films such as Saw, Seven and The Silence of the Lambs, focuses on blood, tension and realistic horror. The Condemned series with an absolutely terrifying visual style and some really unique mechanics is still relevant, although a remaster of both games would not hurt.

Why the Condemned Series Deserves a Remaster

The first game in the series, Condemned: Criminal Origins, was released in 2005 for Xbox 360, and a year later for PC. Condemned: Criminal Origins, developed by Monolith, the studio best known for its Middle Earth: Shadow games, puts players in the shoes of Ethan Thomas, a CSI agent tasked with tracking down the man known as Serial Killer X who framed him. murder. This job will allow Ethan to go to a series of “condemned” apartment buildings, where violence is waiting around every corner.

The real appeal of Condemned: Criminal Origins lies in its realism and intuitive nature. From a technical point of view, Condemned: Criminal Origins perfectly conveys a tense atmosphere, and realistic lighting systems force the player to actually use a flashlight to navigate the environment. The splendor of this system is further emphasized by the surprisingly sophisticated artificial intelligence of the game. In Condemned, players will fight a variety of human opponents, each of whom poses a serious threat and is able to kill the player in just a few blows. Players need to use stealth and all the tools at their disposal to strike at their enemies, as the AI is easily able to outflank the player and crush him.

The brutal realism of Condemned: Criminal Origins is further enhanced by the game’s combat system. Using a first-person view, players are forced to rely on hand-to-hand combat to survive, and can even snatch pipes and other weapons from their surroundings. This often leads to incredibly intense battles where players struggle to find weapons in the environment, and all the while they are being hunted by cruel, ruthless enemies. The player can also occasionally find firearms, although ammunition is extremely limited. In a particularly unique variant, both the player and the enemy AI can be killed with just one bullet, which adds another level of harsh realism to the game.

As a CSI agent, the player can also investigate various crime scenes in Condemned: Criminal Origins. Acting as environmental mysteries, these crime scenes challenge the player to collect evidence from their surroundings, including fingerprints, blood samples and fibers. Players will also sometimes have to examine bodies and record various wounds and lacerations.

In 2008, a direct sequel to Condemned 2: Bloodshot was released on Xbox 360 and PS3. For the most part, Condemned 2 plays almost the same way as its predecessor, with an emphasis on hand-to-hand combat rather than long-range. However, Condemned 2 introduced a new hand-to-hand combat system in which players could use their fists to brutally defeat their opponents. Condemned 2 also adds bloody environment finishers, allowing players to crash opponents’ heads into walls or the floor.

Despite the positive reviews for both parts, the Condemned series has practically sunk into obscurity in the decade since its last release. Despite the fact that Condemned has one of the most impressive atmospheric tensions in any series of horror games and has a truly unique approach to first-person combat, few modern gamers have played them, and the second game is limited only to PS3 and Xbox 360. , it is unlikely that anyone will return now. So with that in mind, remasters of both Condemned games should be at the top of the priority list for Sega.

Condemned: Criminal Origins and Condemned 2: Bloodshot are available on PC, PS3 and Xbox 360.