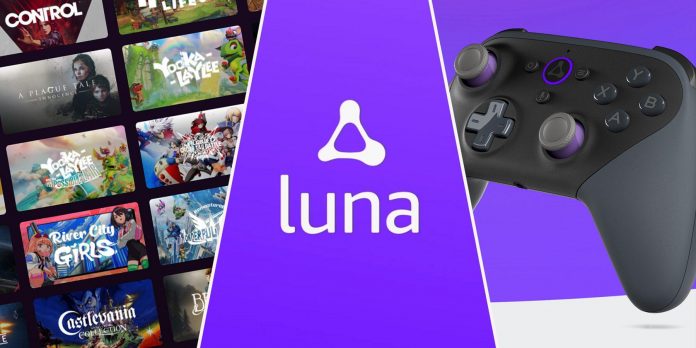 Amazon Luna fully joined the video game subscription service gauntlet at the start of March 2022, specifically targeting the cloud gaming market. Announced in 2020 and then going on to spend more than a year in early access, Amazon Luna is now available throughout the mainland United States. While still in its infancy, Luna launched in a rather polished state, offering people a convenient way to access a sizable gaming library permitting their internet connection can handle the load.

Similar to Sony’s new PlayStation Plus model, Amazon Luna sets itself apart by splitting its library into channels, permitting subscribers to invest in whichever area better suits their needs. Since its debut, the service has been steadily adding new games, including some exciting Capcom titles.

Below, players will find articles relating to Amazon Luna’s features and channels, along with pieces about cloud gaming.

Amazon Luna has a lot to prove since cloud gaming has yet to convince everyone that it is currently a valid option. The service comes with a variety of features that should help make it more enticing to those on the fence about trying subscribing. As Amazon Luna is still an unknown quantity to a wide range of people, it is crucial to know what the service entails so that expectations are shaped realistically.

Along with getting an array of games and freebies through Prime Gaming, members of Amazon’s premium service will also be able to stream a handful of Luna titles per month. A Prime subscription costs $14.99 and is not required to use Amazon Luna.

Amazon Luna offers subscribers the option to select from an array of channels, all of which cater to a unique market. These channels come with their own price tags and types of games, so people are free to pick what suits their needs. It should be noted that if someone subscribes to multiple channels, their games will appear together in that user’s library.

Luna+ is the platform’s core channel and, consequently, contains the most diverse and biggest roster of games. From JRPGs to racing and strategy titles, Luna+ has most of its bases covered, and there are quite a few heavy hitters in this library. While its selection caters to all age groups, this channel leans slightly towards older people, especially through its array of horror games.

Articles Related To The Standout Games In Luna’s Luna+ Channel Alien Isolation Alien: Isolation Mini-Documentary Details Its Development Milestone Game Releases That Demonstrate The Progress Of AI Best Games Based On The Alien Franchise, According To Metacritic Best Horror Games With Female Protagonists Control Control: Everything You Need To Know About The Hiss Control’s Weapons And Abilities, Ranked Hidden Secrets Many Still Haven’t Found In Control Control Has One of the Most Unique Open-World Settings in Games Devil May Cry 5 Devil May Cry 5 Review Devil May Cry 5: Tips To Master Nero Every Devil May Cry Game, Ranked According To Metacritic Best Weapons From The Devil May Cry Series Facts You Didn’t Know About Vergil In Devil May Cry Enter the Gungeon Enter the Gungeon Review Enter the Gungeon: How to Play Multiplayer Enter The Gungeon: Best Active Items That You Need To Find Enter The Gungeon: Best Passive Items That You Need To Find Metro Exodus Metro Exodus Review Metro Exodus is a Shining Example of What Atmosphere Can Do Metro Exodus: Things You Didn’t Know You Could Do Metro Exodus: How To Upgrade And Customize Weapons Metro Exodus: Best Weapon & Attachments Combinations, Ranked No More Heroes/No More Heroes 2: Desperate Struggle No More Heroes: Every Beam Katana In The Games Ranked (& How To Unlock Them) No More Heroes: Every Boss, Ranked By Difficulty No More Heroes 2: Every Boss, Ranked By How Difficult They Are No More Heroes VS Desperate Struggle: Which Game Is Better? Resident Evil 2 (2019) Resident Evil 2 Review Resident Evil 2 (2019): Every Weapon, Ranked Resident Evil 2 (2019): Best Weapons To Upgrade As Soon As Possible Resident Evil 2 (2019): How To Survive Mr. X Resident Evil 7 Why Is Resident Evil 7 So Scary? Things That Connect Resident Evil 8 To 7 Resident Evil 7 Guide: Where To Find The Three Dog Heads Things You Didn’t Know Were Cut Out Of Resident Evil 7 Sonic Mania Plus Sonic Mania is the Highest-Rated Sonic Game in Over a Decade How To Make Sonic Mania Full Screen The Best & Worst Sonic Games, According To Metacritic Best Sonic Games To Speedrun If You’ve Gotta Go Fast The Medium The Medium Review Pro Tips For The Medium You Need To Know The Medium: Things Everyone Missed In The Story Awesome Things You Didn’t Know You Could Do In The Medium Yakuza: Like a Dragon Yakuza: Like a Dragon Review Yakuza: All Of The Main Games’ Combat Systems, Ranked Every Mini-Game In Yakuza: Like A Dragon (& Where To Play Them) Yakuza: Like A Dragon – The Best Gear And How To Unlock It Yakuza: Like A Dragon – Funniest Substories, Ranked READ MORE

As its name suggest, this channel is all about family-friendly fun, which translates to a line-up packed with titles predominantly designed for young children. Seasoned players are unlikely to find too much to get excited about here, but Luna’s Family channel is a good and affordable option for people looking to ease their youngsters into the world of gaming.

Once upon a time, arcades were around every corner and at the cutting edge of gaming; nowadays, they are considerably more obscure, prompting people to look elsewhere to get their fill of Metal Slug and Street Fighter 2. Luna’s Retro channel uses the modern technology of cloud-based streaming to celebrate gaming’s past, delivering a library packed with iconic fighting and run ‘n’ gun games. There are also a couple of non-arcade titles.

Amazon Luna’s most expensive channel, Ubisoft+ makes it simpler than ever to play a selection of the publisher’s best and most recent releases. Along with the option to stream 30+ games through Luna, this subscription also includes access to Ubisoft+’s wider library that can be downloaded through the Ubisoft Connect PC app.

Luna’s Jackbox Games channel contains every mini-game party pack released since 2014. It is an incredible deal.

The Best Games On Amazon Luna

Except for the Jackbox Games category, Amazon Luna’s channels cover a wide spectrum of genres. As such, potential subscribers will need to carefully look over each option’s content to see which one(s) best fit their needs. The following articles focus on the best genre games across all of Amazon Luna.

Amazon Luna is hardly the first cloud gaming or streaming service; in fact, PlayStation Now has been available since 2014. Since then, cloud gaming has developed quite a bit, developing into a more tempting option due to improvements made when it comes to internet services. Xbox Cloud Gaming has also gained steam in recent years, and Nintendo has used streaming to provide Switch owners with a way to play games that the console’s hardware cannot run.