Home Entertainment The complete chronology of the gods in the MCU 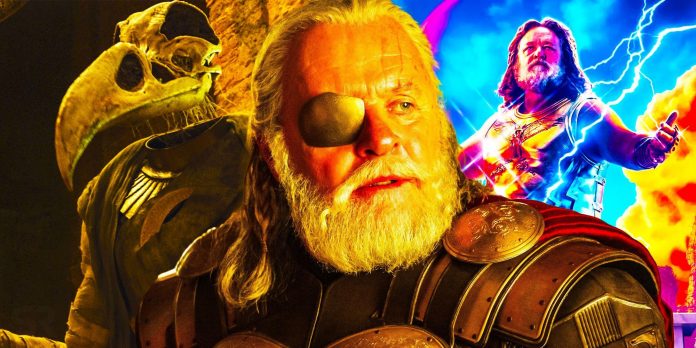 Here is a complete timeline of the gods and their pantheons in the MCU. When Marvel first introduced gods and the supernatural in Thor 2011, the studio was understandably wary of it. The foundations of their shared universe were built on pseudoscience, and the executives were not convinced that viewers accustomed to super soldiers and arc reactors would want to believe that Thor from Asgard was also an Avenger. The first Thor movie carefully avoided going too far with the idea, supplemented by a dialogue in which Thor suggested that he came from a realm where science and witchcraft were one and the same. Arthur C. Clarke would be proud.

However, Marvel didn’t have to worry. It soon became clear that the supernatural could well coexist with pseudoscience, and in Phase 4 Marvel doubled down on its gods. “Moon Knight” presented the Egyptian Ennead to the audience, and it was soon followed by “Thor: Love and Thunder” — an epic adventure in which Gorr, the Butcher God, scattered across the universe, and Thor Odinson confronted countless gods in the City of Omnipotence. Representatives of many different pantheons were seen there, each of which must have played a role in the history of the MCU, given that their legends and myths have a solid foundation in the world.

It’s actually quite difficult to map the history of the gods in the MCU. This is partly because they are poorly defined; this article assumes that the Celestials are divine beings, given that the Eternals have established a creation myth and two of them have been spotted in the City of Omnipotence, but this classification is highly controversial. Further complicating the situation is that the gods have had a significant impact on the history of mankind, which means that any timeline will move from one pantheon to another in a rather confusing way. Therefore, the best approach is to consider each timeline separately. Starting with the Celestials, here’s the full story of the MCU gods revealed to date.

The Celestials and the origin of the Universe

Assuming that the Celestials are essentially “cosmic gods”, the Eternals tell the story of the creation myth associated with them. According to Arishem, they represent the universe as “a constant exchange of energy, an endless cycle of creation and destruction.” The first Celestial, Arishem, was responsible for the appearance of light and matter, and he implanted Heavenly seeds into certain host planets so that the energy of the worlds could nourish the beings that grew inside. The Eternals took this story as the truth, but it is quite possible that this is a creation myth, somehow woven into the history of the MCU.

The Celestials create Deviants and Eternals

Heavenly seeds grow at the expense of the vital energy of beings living in the world, so the Celestials needed predation to be minimized. To this end, Arish and the Celestials created genetically modified creatures known as Deviants to reduce the number of predators on inhabited planets so that intelligent life could grow. The biological nature of Deviants meant that they evolved and became a threat to the plans of the Celestials. In response, the Celestials created Eternal, powerful synthetic beings to select Deviants. The Eternals were sent to world after world, ensuring the evolution of intelligent species, until the Celestial appeared from the core of the planet.

The Celestials seem to be associated with the Infinity Stones, and may have been responsible for forging them as “concentrated ingots”. The collector showed footage of one Celestial using a Power Stone to judge an entire planet in Guardians of the Galaxy, much to the horror of the Star Lord. Meanwhile, Vormir—the hiding place of the Time Stone—was described by Nebula as the “center of Celestial civilization” in Avengers: Finale. The version of the Eternal Celestials contradicts this because of the retcons and twists, so it is difficult to establish the truth.

The Guardians of the Galaxy saw how a motley team gathered on the mining colony of Knowher, which is located in the severed head of the Celestial. At some point, this ancient Celestial was killed; in the comics, his death was linked to the use of the Necrosword introduced in the MCU in Thor: Love & Thunder. According to the Marvel Studios Illustrated Dictionary, the planet Sakaar is also littered with pieces of celestial corpses. Perhaps at some point a great war was waged against the Celestials, and these cosmic gods mostly act in the shadows to prevent its recurrence.

The ego returns, but is he a celestial?

All these events probably occurred in ancient times. More recently, an Ego has appeared claiming to be a Celestial.