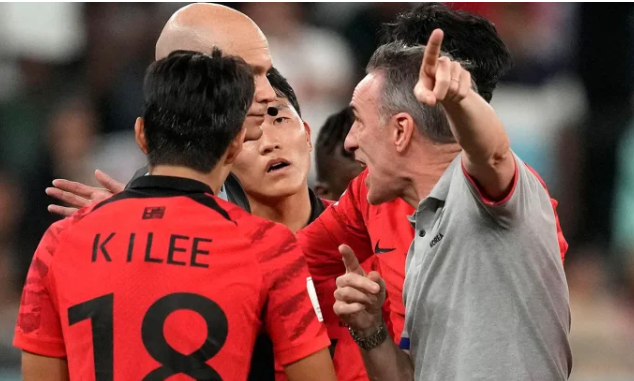 The 2022 World Cup in Qatar is in full swing, and the expected match between the national teams of South Korea and Ghana took place on November 28.

Football fans expected a tense game, as Ghana showed an excellent performance in the match against Portugal, despite the defeat with a score of 2: 3.

The start of the game was very difficult for South Korea, who conceded two goals from Ghana. However, Korea bounced back by scoring two goals from the same player, Cho Gue Sung, who is spinning on the Internet thanks to his outstanding appearance.

Equally, everything had to be redone. But then Mohammed Kudus scored the third goal (and the second of the game), helping Ghana to take the lead again.

Korea did not give up and constantly put pressure on Ghana, but failed to score. However, Ghana’s victory was not without controversy, as referee Anthony Taylor signaled the end of the match before Korea could file the last corner.

Obviously, the Korean team absolutely did not understand this decision, and coach Paulo Bento was especially upset. The coach blew up the referee by shouting a few centimeters from his face, which earned him a red card.

Despite this, Paulo Bento did not forget to show real sportsmanship, congratulating the coach of Ghana and his staff on a hard-fought victory.

“Bento looks so cool when he shouts at the referee, and the fact that he has good manners (with the opposing team) makes him even cooler. »

Indeed, Bento expressed his disagreement with the referee, but the Ghana national team is in no way responsible for this decision, and congratulating them is a good gesture of fair play. Netizens commented:

“He’s so cool. ”
“He’s a real adult.”
“He’s an example of how you can’t let the mood become your personality.”
“I don’t care. I will support Bento to the end. You should never waste your nerves on others. ”
“I want to become a cool adult like him. He’s so cool.
“Watching him, I realized what it means to control my emotions. He’s so cool because it must have been hard.”

On the other hand, Paulo will be disqualified on the last day of Group H. Thus, he will miss the match against his native Portugal, scheduled for Friday at the Al-Rayyan Stadium. South Korea will have to beat Cristiano Ronaldo’s players to hope to reach the 1/8 finals.

Lord Athelstan Argues That VTubers Should not Adhere to “Traditional Standards”...