Home Entertainment The Club Is As Old As Liverpool and Originates in Melwood –... 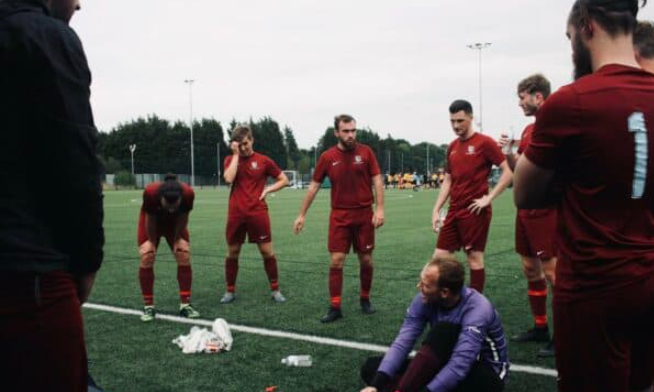 Melwood. That one word conjures up eternal images of impatient fans finding ever more inventive ways to watch great players roaming the fenced-in fields.
However, without the two priests who taught at St. Francis Xavier City College, Melwood might never have existed.

The clergy were called Father Melling and Father Woodlock; they used the school playgrounds to help children play football, and later the playground was named after them.

Some of these children will play for the school football club “Old Xaverians”.

This year The Xavs celebrate their 130th anniversary. Like Liverpool, who bought the fields in 1950 and continued to dominate European football from a base in Western Derby.

One of the legends who passed through the gates of Melwood was Sammy Lee. He now serves as the life president of Old Xaverians.

In 1892, John Houlding raised the rent for his land at Anfield, forcing Everton to move across Stanley Park.

The Orangemen were left without a team, so they formed Liverpool. It was an unusual start to life for one of the largest football clubs in the world.

At the same time, Old Xaverians were also founded under interesting circumstances, becoming the first Catholic team in Liverpool.

St Francis Xavier’s College, now better known as SFX, was affiliated to the church of the same name in Everton and had already established a cricket club at Newsham Park for its alumni and students before adding a football team for Catholics. any college or institute to be a part of.

It was a time when the Irish population and therefore the Irish Catholic proletariat were still growing in Liverpool after the potato famine.

Xavs is on the move

Despite the well-established name of The Xavs, for a long period of its history, the club’s teams had to move around the city in search of suitable fields.

At various times over the past 130 years they have had home games in Tubrook, Fairfield, Aigbert, Woolton, West Derby, Highton, Broadgreen, Magalla and Dingle.

The last place added to this list was Mossley Hill, where the team moved to play at the Heron Eccles Soccer Center.

The First XI were forced to leave the SFX school fields after almost 40 years of playing on the site, where their social club is also located, due to tree roots damaging the field.

2/….the tree-lined side and some sinkholes developing. With the kind agreement of SFX College, the pitch will not be used at all for the next year, and we have engaged a contractor to improve the surface, and will be dealing with the roots and sinkholes ourselves (see photo)… pic.twitter.com/YbkuJfq6Sy

Despite moving away from home, first-team player Aaron Barton says player-manager Calum Woods has managed to create a good atmosphere in the team.

He said: “Since the beginning of last season, the results have steadily improved and improved. You can feel not only the result on the field, but also the atmosphere outside it.

“To his credit, Calum and the entire coaching staff have brought back this ‘come back to the club after’ atmosphere.

“Even this season, when they leave, obviously they don’t play Xavs this season because of the pitch, they still make people come back [to the social club] and have a drink- win, lose or draw.”

What is clear from the way the committee members speak is how proud they are of the identity attached to the club.

Chairman Eric Tocher said, “We’re actually quite famous. I was in New York once, 25 years ago, and my wife and I went to Central Park.

“We got into one of these horse-drawn carts and the guy asked, ‘Where are you from?’.

“I said Liverpool. “Where approximately?”. “Woolton.” “Are the Xavas still coming?”

Laughing, Tocher said, “He used to play for The Xavs.”

Secretary Mike White added: “We used to go to school with him!”

The younger generation is also proud of the club. Woods, the player-manager of the first XI, said: “Xavs is probably one of the best amateur clubs in town.

“I can’t name someone who has been working in the city longer, from the point of view of an amateur club.

“Xavs has already consolidated its position as a truly respected and well-known name, at least on the amateur scene in Liverpool…

“We have several members who will tell you stories about how they played for The Xavs 40 years ago, and they are all still drinking here today.”

Currently, the first team has made a successful start to the season, scoring 25 points in 11 games and finishing second in the Liverpool County Premier League at the 11th level of English football.

Promotion to the Northwest Counties League is based on a bid from the feeder league and depends on factors such as land and finances.

Speaking about future progress, Woods said: “Perhaps there is a hope to take it to a new level.

“But I think we have enough of the reputation we have and the number of people who care about the club because we have a lot of members who pay to have a drink here and come and watch us. ”

🔥 A lovely well-worked goal by @OldXavs1892 to go 2-1 up against @AdmiralPark_FC in last night's @LCPL2012 clash 🔥 pic.twitter.com/lNrbbwUeJk

At the moment there are four teams in the club. However, it has had more in the past and it plans to expand again.

Woods continued: “The goal should be youth teams; a constant influx of players…

“What I’ve always dreamed of is that it would be great to have a women’s team or a women’s Xavs team.”

This gets approved at the table.

The old Xaverians, starting out as wealthy Catholics and aiming to maximize inclusivity, have come a long way in 130 years.

How to Cure Rage in Monster Hunter Rise: Sunbreak

Magnum PI: CBS decides what we all suspected about the future...