Home Entertainment The clip of Red Dead Redemption 2 tells about an unexpected meeting... 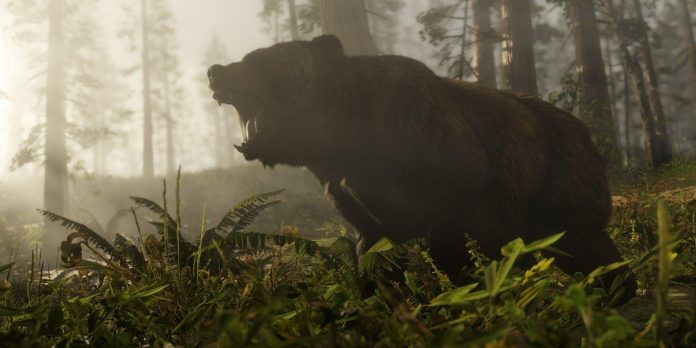 With a huge space to explore, quests and hunting games, Red Dead Redemption 2 offers the terrifying reality of wild predators among the many aspects that make it an incredible addition to the game world. The open-world western Red Dead Redemption 2 gives an idea of the life of the criminal Arthur Morgan in 1899, fraught with many dangers and forcing players to stay alert if they do not want to find themselves in a potentially fatal situation.

Hunting is offered as an essential part of the gameplay, and players can both hunt and then sell their prizes, so there are many different predators in Red Dead Redemption 2 who are more than willing to take a piece from Arthur Morgan when he hunts them. . The grizzly bear consistently ranks first in the ranking of the deadliest. Reddit user Wardroid1 managed to capture a strange encounter with a grizzly in a video game.

The video clip shows Arthur riding his horse slowly running through the tunnel, stopping to read the ominous graffiti on the wall. Suddenly the silence is broken by an unmistakable roar. The camera quickly switches to the bear behind the player, menacingly approaching along the railway tracks. Wardroid1 quickly rushes into battle to move away from the bear, and Arthur gives an in-game voice command to his horse, which is quite accurately calculated to sound like a frightened cry. Strange and unexplained incidents with Red Dead Redemption 2 creatures have happened before, but it was definitely more than amazing.

Creepy encounter with a bear from reddeadredemption

The fact that the bear is in the tunnel is strange in itself, but the value of the shock lies in the fact that there is no warning other than the aggressive roar that gave it to the Wardroid1. The amount of detail invested in the creation of Red Dead Redemption 2 has turned it into one of the most cinematic games of all time, and this extends to both sound and graphics. The realism of the bear’s ferocity, combined with the fact that it is one of the most dangerous animals, has turned it into a real threat, and not just a casual fleeting encounter with any game creature.

This Wild West game offers a very detailed look at life outside the law, Arthur Morgan’s agenda includes not only hunting, but also a lot of exciting trains, robberies and scenic horseback rides.

Red Dead Redemption 2 can be played on PC, PS4 and Xbox One.

How to pass the ritual under the triumph of shadows in...