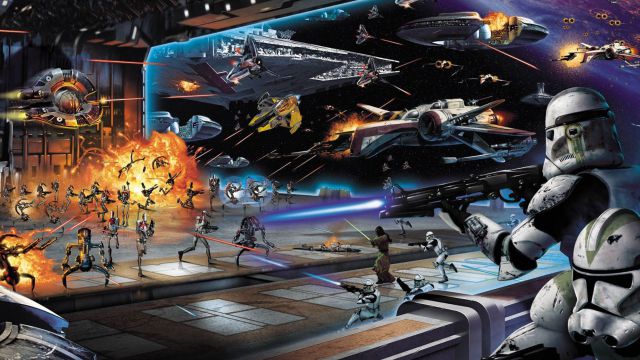 The battle rages on after the last patch of the video game, which complicates the possibility of enjoying the experience for players; already retired.

If you touch something, better check first that everything is in place. The opposite can lead to what has happened to Star Wars: Battlefront 2. And no, we are not talking about the title developed by EA DICE in 2017, but about the classic Pandemic game, which went on sale more than 15 years ago. Just because so much time has passed since launch and the original studio no longer exists (it was acquired by EA and closed shortly after) does not mean that the product is no longer being updated. In fact, they have released a hotfix to improve certain aspects of compatibility, but the result has been chaos.

The intention was to add support for controls and UI improvements that allow rescaling the resolution to current standards. Among the problems that have been registered are the bugs in the resolution, controls that do not work, errors in the animations and problems of greater importance in the Galactic Conquest mode, to speak of the craheos. The hotfix has also removed the compatibility of some of the mods that have been developed throughout all these years.

Lucasfilm Games has distributed the patch

Given the comments made on Steam, the update has been withdrawn. They have announced it through a very brief statement in which they have reported that they have reverted the product “to an earlier version.” For its part, a representative of GOG has informed Eurogamer that the update had been provided by Lucasfilm Games, but that it was withdrawn immediately after listening to user feedback and consulting with their partner.

Star Wars: Battlefront 2 is one of the highest rated classic games in the galactic saga. Introduce characters from the different movies and bring them together in the battlefield, with spectacular fights both on foot and in spaceships. Electronic Arts recovered the name of the saga for its shooter titles.