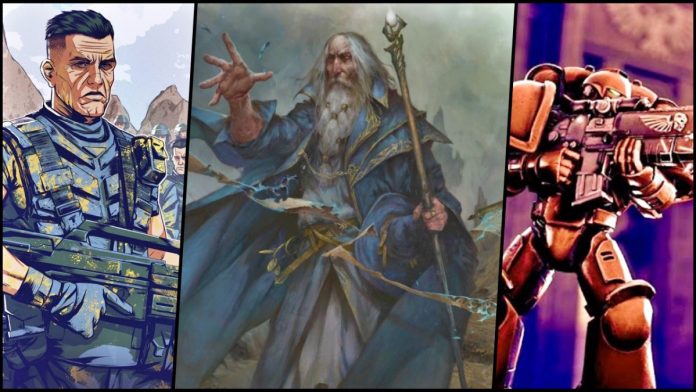 Master of Magic: Slitherine has unveiled its future line of strategy games, with some powerful licensed names. Slitherine is a house completely dedicated to the cause of making strategy games in the most specialized and demanding sector of the genre, titles for true specialists such as the Shadow Empire complex or the deep Field of Glory II -which has just presented a new installment in the form of Medieval-, in addition to a series of titles based on Warhammer 40,000 (Gladius, Sanctus Reach) that have managed to create their own space among the dozens of projects based on that universe. Now, the Epsom-based British house has revealed its new 2021-2022 line of projects, with some really significant names among them.

Referents in the strategy

Undoubtedly, for the general public, the new information of its tactical game based on Starship Troopers and the announcement of a RTS based on Stargate will be among the most interesting for what those names mean. However, for some classic 4X fans, the big news will be the return in the form of a remake of Master of Magic, one of Microprose’s most unique games; a magical epic in which a group of wizards fight for military and magical dominance in a fantasy world full of monsters, spells and objects of power. An immense and complete game, in which each game is unique given the variety of actions at our disposal and the richness of the world generated in each game. The new bet, developed by the creators of the notables Thea, is planned for 2022 and has been presented with a recreation of the original intro of the Simtex game.

Dragon Quest 3 Will Have HD Remake in The Current Generation