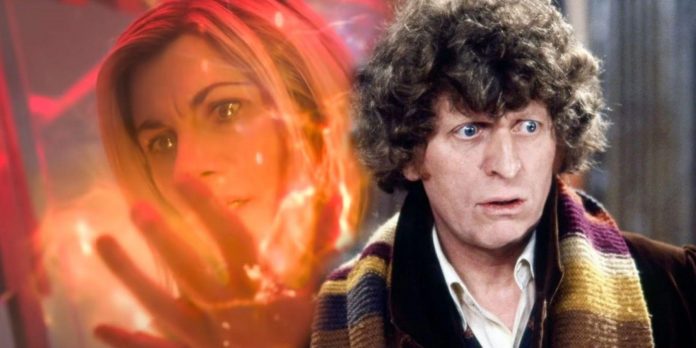 The best theory about how David Tennant could replace Jodie Whittaker as the Doctor is reminiscent of the classic Doctor Who story when Tom Baker participated in the series. Jodie Whittaker is to give up the role of the Doctor in a special feature-length episode in the fall, and Nkuti Gatwa from Sex Education is playing the role of the new Doctor. However, the return of David Tennant and Catherine Tate to the series for the 60th anniversary suggests that the transformation of Whittaker into Gatwa will be more difficult than first thought.

David Tennant was spotted on set in London in honor of the 60th, dressed in a previously unseen variation of his classic Tenth Doctor costume. This has led to speculation that David Tennant is replacing Jodie Whittaker as the Doctor, rather than reprising his original incarnation. The Tenth Doctor’s vanity was ridiculed by the Eleventh Doctor in “The Time of the Doctor” when he revealed that he once squandered regeneration by keeping the same face in the 4th season of Doctor Who, episode 13 “The End of the Journey”. However, the precedent of regenerating the Doctor or turning him into an old face was created back in the 1970s.

Debuting in 1979, just over halfway through Tom Baker’s tenure as Doctor, Doctor Who Weekly was a magazine aimed at children that published posters, articles, and comics. He also introduced many plot ideas that Doctor Who will reuse in its 21st century incarnation. Under the editorship of Dez Skinn, Doctor Who weekly told stories about Croton, a cyberman with a soul, and about pirates fighting sea devils. In the two-part comic “Timeslip” printed in issues 17 and 18 of Doctor Who Weekly magazine, he also introduced the concept of retro regeneration decades before Jodie Whittaker could retro-regenerate into David Tennant.

In “Timeslip”, the Fourth Doctor and K-9 encounter an entity that, like the Weeping Angels, feeds on time itself. During their encounter with the creature, time begins to move backwards, turning K-9 into its component parts. The Fourth Doctor regenerates back through his Third (Jon Pertwee) and Second (Patrick Troughton) incarnations until he settles on the form of the First Doctor (William Hartnell). Trying to avoid a fate similar to K-9, the First Doctor repeatedly turns on and off the power of the TARDIS, in fact, causing temporary indigestion in the entity and returning everyone to their current forms. “Timeslip” was known for being a rare story about several Doctors before the 1983 “Five Doctors” turned them into an anniversary tradition. This is an original approach to the concept, far from the typical universal cataclysms characteristic of anniversary issues.

In connection with the 60th anniversary of Doctor Who in 2023, Russell T. Davis could refresh TV stories about several Doctors by adapting this niche comic for a wide audience. How the Thirteenth Doctor regenerates remains to be seen, but her final battle with the Master (Sasha Dhawan) in the Centenary Special may end with her returning to her previous lives. Rumors that both Matt Smith and Peter Capaldi will return for the 60th anniversary may be in the power of these past incarnations to save the lives of future incarnations by preventing a destructive chain of retro-regenerations. Such a story would be a perfect metaphor for how Doctor Who and some of its fans fell into a pernicious obsession with the past. It would be the perfect way for Russell T Davies to celebrate the show’s 60th anniversary while looking forward to a bright future with Nkuti Gatwa.