Home Entertainment The Civil War was right to cut its Captain America vs. Battle... 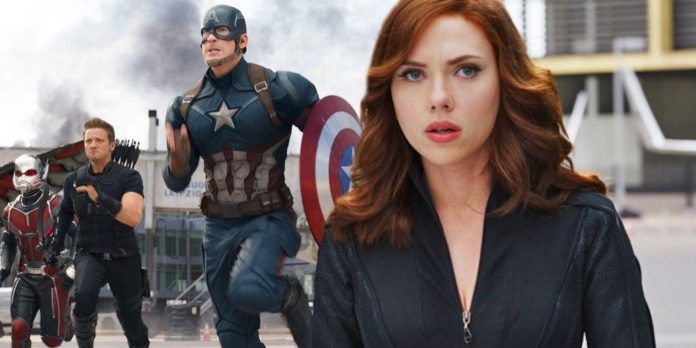 “Captain America: Civil War” made the right decision when it interrupted the battle between Captain America and the Black Widow. James Young, the film’s fight coordinator, said in the video that Marvel Studios planned and even filmed a fight between the first avenger and the main spy on the roof of Leipzig-Halle Airport. This scene was later cut in production for unknown reasons.

Steve Rogers and Natasha Romanoff started out as teammates in “The Avengers” and turned into friends in “Captain America: The Winter Soldier.” Despite the constant contradiction between Cap’s desire for honesty and Nat’s penchant for secrecy, they became friends when they defeated the reborn HYDRA. An organization hidden in S.H.I.E.L.D. In Captain America: Civil War, their connection prompted Nat to let Steve and Bucky Barnes escape, despite the fact that they were initially on the side of Iron Man.

Although she was closest to Hawkeye, Natasha understood Steve better than the other avengers. Black Widow sympathized with Cap’s Team, accepting Agreements to preserve the partial independence of the team, and not to lose everything, as Cap feared. Along with the Falcon, she may have been the only avenger who truly understood Steve’s relationship with Bucky and saw the impact that exposing the Winter Soldier had on him. She also knew his determination to do what he thought was right by saying: “You won’t stop” before stopping T’Challa. After years of fighting alongside him as an avenger S.H.I.E.L.D. agent and friend, Nat understood what drove Steve and what he was capable of. Deciding to fight him would undermine that understanding.

A fight would also sacrifice the arch of Natasha and Steve’s relationship from Captain America: The Winter Soldier. The main issue of their developing relationship was trust, whether they could trust each other, living in a world of deception and lies. When Natasha Romanoff, played by Scarlett Johansson, showed a rare moment of vulnerability and asked Steve if he would trust her with his salvation, he replied that he “would trust her now,” signaling that her willingness to trust him strengthened the trusting relationship between them. In Captain America: Civil War, Nat trusted Cap enough to not only let him go, but also to reassess her approach, telling Tony Stark, “We played it wrong” after the battle at Leipzig-Halle Airport, even when she disagreed with him. , Nat trusted Steve more than government organizations, who sought to control them. If the Captain America and Black Widow battle scene had remained, it would have destroyed that trust and returned Black Widow to the service of the organization instead of working with the people she believes in. Captain America will most likely no longer trust her to save him.The relationship they tried to develop during the course of the film will disappear in one scene.

Watching Black Widow and Captain America exchange blows would show how broken the Avengers have become, and the battle between the two hand-to-hand combat masters from the team would be exciting and interesting. In the end, however, it didn’t serve as a narrative about Steve and Natasha’s relationship. His absence also made room for more emotional fights, such as the clash between Black Widow and Hawkeye. Their inseparability since the days of the Avengers has made their conflict more destructive than any battle between Cap and Black Widow. The tragedy of the breakdown of relations between the characters can be a pleasure, but no less pleasant is the joy of fully exploring them. Captain America: Civil War allowed Captain America and Black Widow to explore their own.

Justice for Eddie is a mockery of justice for Barb