Home Entertainment The chronology of the end of the third season of Umbrella Academy... 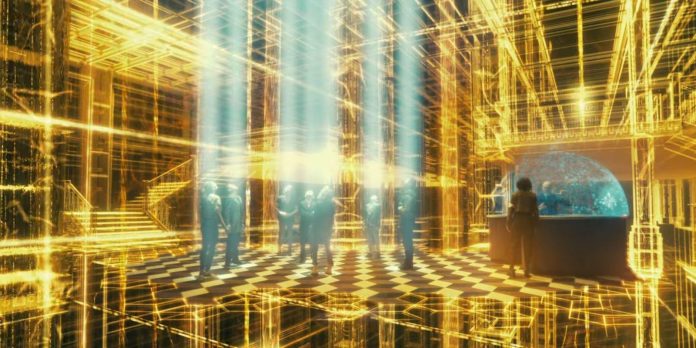 Attention! This article contains spoilers for the third season of Umbrella Academy.

In its explosive finale, the 3rd season of Umbrella Academy launches a new timeline, creating many questions to be answered in season 4. they coincide with their comic counterparts and others that are sharply different from what is known from the source material. Now that the show is reliably ahead of any storylines in comics, viewers are left to speculate about what might happen in season 4, especially given the massive violations of the status quo that the 3rd season of Umbrella Academy brings.

After a crazy journey through the timeline created by the events of Season 2 Umbrella Academy, Sir Reginald Hargreaves’ plan begins to unfold: he created superpowered children and chose exactly seven of them because he needed to use them to reboot the universe and change his design to his will. Although there are still many discoveries of Reginald Hargreaves ahead, season 3 explains a lot in terms of his motives and goals.

Despite all the new revelations in season 3 Umbrella Academy, much remains uncertain, unknown or depends on the interpretation of the audience. Umbrella Academy showrunner Steve Blackman seems content to let viewers draw their own conclusions and create hype for a potential 4th season of Umbrella Academy. Here’s what the 3rd season of “Umbrella Academy” offers about a new timeline in the future.

How was the new Umbrella Academy timeline created?

In the third season of Umbrella Academy, it turns out that the Obsidian Hotel is a kind of gateway to the Oblivion Hotel, which, in turn, turns out to be a machine created to change the design and reboot the universe. After the death of his wife, Abigail Hargreaves, Reginald intends to change the situation so that she never dies. It is quite possible that he would have done the same if she had been alive, but her death undoubtedly seems to him a kind of inflammatory incident.

Reginald didn’t build a universe dump machine at the Oblivion Hotel. His alien origin may have made him aware of this and what it would take to get inside and activate it, but some of his own comments and the fact that he needs to get past his guardians suggest that he is not the creator of the machine. Whatever the machine is, it works, and Reginald can rewrite and reinstall the universe according to his whims, although he is interrupted by Allison killing him before he finishes. It remains to be seen what effect this interruption will have on the new timeline he has built.

Probably because of the alien origin of Reginald Hargreaves, he showed himself both in the Umbrella Academy comics and in the television series as a resourceful and a genius. Even distracted by raising umbrellas and sparrows, Reginald has accumulated billions of fortunes. Obviously, business acumen is one of his many talents.

In the timeline created in the third season of Umbrella Academy, he has another advantage: he built it from scratch. Reginald’s new empire has the advantage of manipulating this new universe, so it makes sense that it will be more impressive than his business from the first seasons. Of course, he also has some knowledge about the future, and one can only imagine that such a thing would be useful to him.

Umbrellas and sparrows were born in a new timeline?

The finale of the third season of Umbrella Academy shows that most of the Sparrows and Umbrellas appearing in the new timeline are completely updated — the Fifth’s hand is pulled back, Diego’s fingers are restored, and Luther is no longer half a monkey. In this sense, the reboot has done them good, erasing the injuries caused largely by Reginald’s machinations. They also discover that their powers have disappeared. They go their separate ways, apparently eager to find out what this new life has to offer them.

The post-credits scene in the third season finale of Umbrella Academy shows a version of Ben who apparently lives in Korea. Although the details are not yet known, it seems that 43 were probably born in this timeline too, but without Reginald’s intervention. If he hadn’t adopted them and given them power, they might well have lived a normal life in their places of origin.

Given the danger of Kugelbitz in season 3 of Umbrella Academy, it’s likely that Reginald wouldn’t want to risk other paradoxes. For this reason, it makes sense that the original Sparrows and Umbrellas will have doppelgangers in this new timeline: if they never existed, letting them appear would be very, very bad. There is also some evidence that Reginald may be a little more sentimental about his children than the audience assumed.

Cringe or monkey? Generation Z Says What He Finds Shameful About...