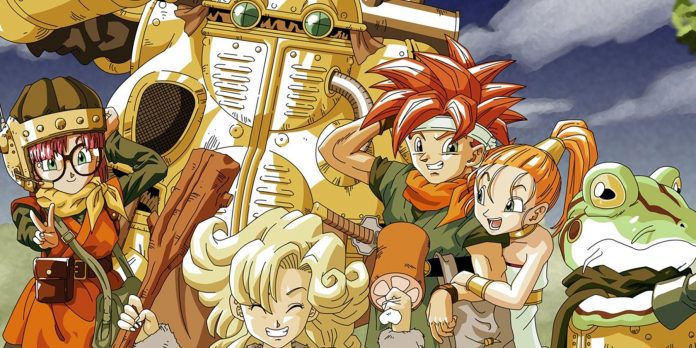 If you ask most gamers which game is the best ever created by Square Enix, most likely you will get one of the Final Fantasy games as an answer (with Final Fantasy VII and Final Fantasy X being common answers). If the person who is asked this question does not name one of the legendary fantasy epics, most likely, he will answer “Chrono Trigger” with a wide smile on his face. Those who have played Chrono Trigger are likely to respond with their own smile, nod and fist bump. Although Final Fantasy has been the company’s flagship franchise for many years, for many gamers Square Enix’s masterpiece is Chrono Trigger, a time travel role-playing game with multiple endings, an intuitive combat system and character design created by Dragon Ball Z creator Akira Toriyama. The game was released in 1995 for the Super Nintendo. Although it did not initially have a breakthrough success in either Japan or America, word of mouth the game sold quite steadily, so the company often revised it and eventually became one of their best-selling games.

In 2001, the game was re-released for Sony PlayStation as part of Final Fantasy Chronicles. This edition not only introduced the game to a new audience, but also received new anime videos to further illustrate Toriyama’s excellent character design. Although these animated episodes were a nice touch, they made fans think about what a full-fledged Chrono Trigger anime would look like. What were the chances of Square Enix ordering an anime based on Chrono Trigger? It turns out that the anime for the game REALLY existed … it’s just not at all what the fans expected or wanted.

Chrono Trigger OVA does not have an official name and is likely to be recognizable only due to the inclusion of some memorable background characters in the game and a few used musical cues. The story takes place before the opening of the festival at the beginning of the game, where the stages and booths are installed. When night falls, monsters and robots come into conflict and almost destroy everything that has been built. When morning comes, city dwellers look at the results of last night’s chaos.

And that’s basically all that happens in this case. You only catch a glimpse of Chrono from behind his head and the robot Lucca. Otherwise, the main characters are random monsters that you kill in the forest, which usually disappoints viewers who find time to watch it. There’s not much history on a 16-minute story, and even making a short film is something of a mystery. It was created for the V Jump Fesitval in 1996 to promote the video game. Given that the game was released a year earlier and has little to do with this OVA, this goal seems questionable, and since then the short has not been well received by fans.

Is it worth watching?

Since the short film was made as promotional material and has a small market value, Square Enix did not do much to save it for re-release. It was originally released as a kind of promo tape, but although I was able to verify the existence of the tapes, I couldn’t figure out how the audience originally got hold of it. While this could be an interesting addition to one of the various re-releases of the game, the studio doesn’t seem interested in re-watching it, putting it at risk of becoming a lost media.

The good news is that the WAS short film was published by fans a few years ago and has been distributed online ever since! Since no one fought to preserve the copyright, we have included the short film above if you want to spend an extra 16 minutes of your day to quickly view it. As you can see, there is not much to say about this.

I think this is a pretty cute short film, but it has nothing to do with the Chrono Trigger game, and although some fans may find the existence of this OVA interesting, most will probably prefer to see a regular anime using animation techniques found in the re-release of the game.

Maybe someday Square Enix will dust off the short and release it properly with some behind-the-scenes interviews about how it all happened. Of course, I would be interested to hear why the choice was made, which led not only to the fact that the game looked so short, but also why it was released a year after the game was already on store shelves. However, apart from these potentially interesting questions, there is not much to say about it. It exists, we can say that for sure. However, the value of this existence is probably quite controversial for fans of the series. Well, I mean, it’s probably pretty controversial for Chrono Trigger fans who know it exists.