Home Entertainment The chief designer of Marvel Avengers confirms that the next hero will... 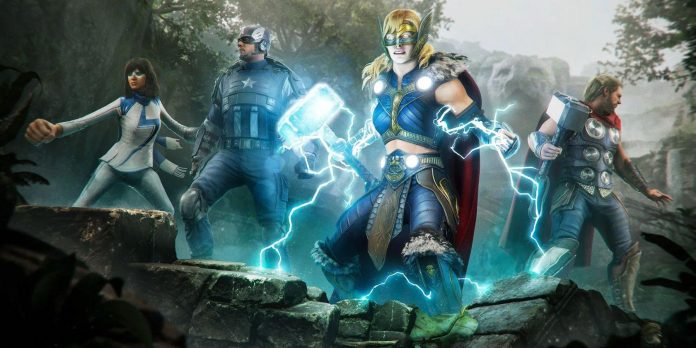 Marvel’s Avengers is preparing for the release of Jane Foster’s “Mighty Thor.” But without a narrative chain of challenges and missions that players could start with another one of Marvel’s Avengers DLC operations, players may have already experienced Jane’s gameplay and continued if her style of play was not favorable to them.

Waggoner simply responded by saying, “The next hero is a new one” with a smiley face. This officially and perhaps unexpectedly confirms that the next character that Crystal Dynamics is working on has a unique style of play that is different from other characters and will not be representative as an echo character imitating another famous character on the list. MeepleofBritain points to the fact that Marvel’s “Avengers” already has two echo characters, now it’s Kate Bishop and Jane Foster, and thus Waggoner’s confirmation that the next character will be new interestingly narrows down who they might be.

The Echo characters are obviously not identical reskins of another character, but their internal similarities are too comparable, and therefore Crystal Dynamics may not require the creation of a character and his style of play from scratch. War Machine, for example, would be an echo character, since Crystal Dynamics could reasonably develop it as part of Iron Man’s own gameplay, which also implies that it will not be added further.

There have also been rumors for a long time that a Female Hulk may appear in The Avengers at some point, but Waggoner’s statement confirms that this will not happen soon. Rather, Captain Marvel seems to be the most likely candidate for the role of a character who will have his own unique style of play and will not have a gameplay that could be associated with any other character that is currently on the list.

Carol Danvers is already a recognized character in Marvel’s “Avengers” with a modified design, so, frankly, it’s strange that she wasn’t added to the list earlier. Currently, there is no indication that Captain Marvel will be the next character introduced in Marvel’s “Avengers,” but now she is a strong contender among potential characters that fans can really see next.