Home Tech The characteristics of the ambitious Snapdragon 8 Gen 2 with its performance... 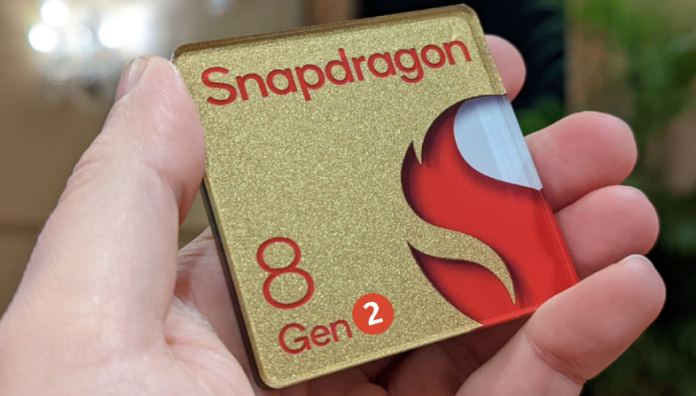 The specs of the Snapdragon 8 Gen 2 processor, which is expected to be unveiled in mid-November, continue to leak out.

With a significant share in the smartphone industry with the Snapdragon series, Qualcomm has become one of the largest players in the world of mobile processors in recent years. The company continues to work on its new flagship model. In the light of the information provided by important sources, the characteristics of the processor are formed.

Having achieved significant success with the release of Snapdragon Gen 1 in 2021, Qualcomm has continued this success by releasing the 8+ Gen 1 version in recent months. The company is diligently preparing for the Snapdragon 8 Gen 2 processor, a new member of the flagship series. The processor will be presented at the Qualcomm Snapdragon Summit event, which will be held from November 15 to 17.

According to the statement made earlier by important sources, the Snapdragon processor will be launched in the CPU configuration 1+2+2+3 consisting of a Cortex-X3, two Cortex-A720, two Cortex-A710 and two Cortex-A710. However, the latest information suggests that there will be some changes in this composition.

IceUniverse, known for its leaks, said that the Snapdragon 8 Gen 2 processor will be equipped with two Cortex-A715 cores instead of Cortex-A720. In addition, the Cortex-X3 will have a maximum clock speed of 3.2 GHz, and the Cortex-A510 will have up to 2 GHz. The Cortex-A715 and Cortex-A710 cores will operate at a frequency of up to 2.8 GHz.

The new Snapdragon model will use the Adreno 740 GPU to perform heavy tasks such as gaming and video editing. On the other hand, it is expected that this model will be one of the most powerful processors in history. So much so that the processor will be an ultra-high-frequency processor with a clock frequency from 3.4 to 3.5 GHz.

The Number of Security Threats in MacOS is Twice as Compared...