Home Entertainment The cause of death of Harrison’s son of “General Hospital” star Jack... 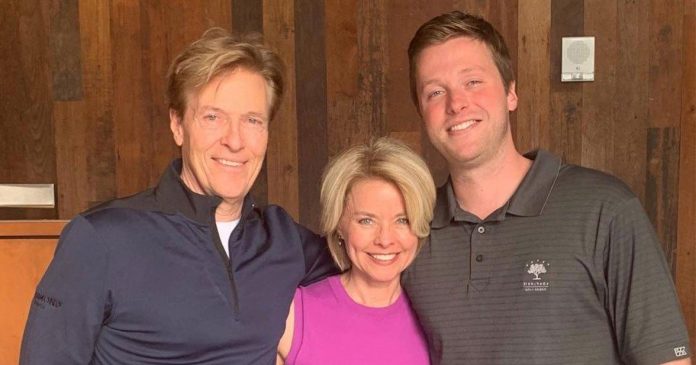 The cause of death of the son of General Hospital star Jack Wagner Harrison was revealed after he passed away at the age of 27.

Parents Jack and Christa Wagner did not comment on his death, but it turned out that Harrison “ultimately lost the battle with addiction” when they announced a new scholarship fund created in his memory at New Life House Recovery Community, which is an institution for sober living. for men.

“The Harrison Wagner Scholarship Fund was established by Jack Wagner and Christina Wagner in honor of their son Harrison Wagner. Harrison was a bright, cheerful young man whose smile lit up any room he was in. He left behind many men and family members who deeply loved him,” the New Life House website says.

The organization added: “We are heartbroken that he ultimately lost the battle with addiction, and we hope that Harrison’s memory will live on through this scholarship and help other young people get help from their addiction who otherwise would not have been able to afford it.”

Harrison was pronounced dead after his body was found in a parking lot on Monday, June 6, in North Hollywood, California, according to a Los Angeles County Medical Examiner’s report we received a day later.

According to the report, after the initial autopsy, the medical examiner demanded a deeper investigation, including additional findings, before determining the manner and cause of death.

Sofia Bui, Harrison’s longtime girlfriend, later revealed that she and the music producer “had plans” before his death hit the headlines.

“For seven years, from time to time, round and round, we loved each other,” the 27—year-old Minx actress wrote on Instagram on Wednesday, June 8, in honor of her late beau. “Sorry for missing your calls in the middle of the night in the last few days. I miss sleeping in your polar bear arms.”

On the same day, Harrison’s older brother, Peter Wagner, took to social media to write his touching tribute, sharing a carousel of retrospective photos brothers and sisters over the years. “Always with you,” the caption read.

Before his death, Harrison struggled with addiction and even went missing in 2016 after a relapse. At that time, 62-year-old Jack applied via social media in the hope of finding his son.

“I will ask those who want to share their fears, addictions and problems to do it with me via Twitter. We can meet them together, I’ll start,” the Melrose Place graduate tweeted in July 2016. “I fear for the safety of my younger sons. Harrison struggled with drugs and alcohol the same way I did when I was younger. He has a relapse and has been missing for 5 days.”

A few days later, the actor from the TV series “Love on the Vines” announced that Harrison had been found, telling fans: “Harrison has been in touch, he is 21 years old and he is responsible for his life, thank you for the love and prayers, please continue to share your struggle, it helps us all.”

The star of the series “The Bold and the Beautiful” shared Harrison with his ex-wife Kristina. The former couple met on the set of “General Hospital” before getting married in 1993. Although they divorced 13 years later, in 2006, they briefly reunited on-screen in 2015 after they both joined the cast of the popular Hallmark series “When the Heart Calls” in 2015. (The exes also have a son together, Peter, 31.)

Jack, for his part, also welcomed daughter Kerry in a previous relationship.

Against the background of his personal problems, Harrison was increasingly vocal about his attempts to change his life. “Life is a roller coaster. It’s all about transformation and how we grow as people to have the strength and willingness to make changes…. And remember, no matter what the past says about you or what you’ve done, there’s ALWAYS room for forgiveness if you’re willing to forgive YOURSELF,” the DJ wrote on Instagram in September 2021 along with a photo of an open road. “IT’S NEVER TOO LATE TO CHANGE IN YOUR LIFE, NOT to mention that if you’re struggling, trust me… I was there. But we get out of the situation by seeing the world through a different lens.”

In his last Instagram post on May 22, Harrison shared hope. “Focus. YOU stayed with YOU and your thoughts,” he captioned a picture in which he looks thoughtful in Los Angeles.

Venom: There Will Be Carnage Unveils Two Stunning New Posters And...