Home Entertainment The Case of Weapons in Playground Games’ Fable 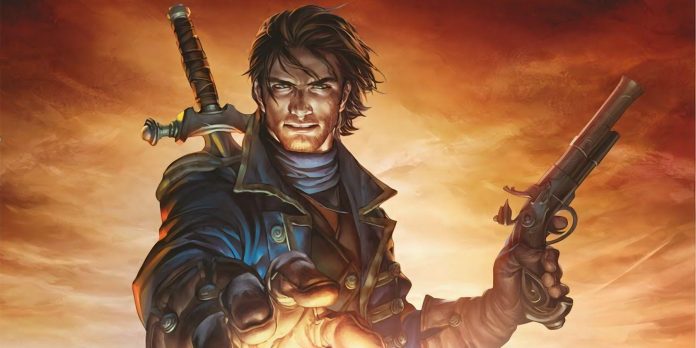 The original Fable was released in September 2004 and quickly became a hit on this platform. Although she never reached the dizzying heights of the flagship Halo franchise for Xbox, nevertheless, she has a respectable base of loyal fans. Thus, the upcoming reboot of Fable from Playground Game represents a chance to resurrect the beloved Xbox franchise from the dead.

Fans still don’t know much about the upcoming revival of the series, but the few available details hint at a return to the medieval setting of the original game. This is not necessarily a bad thing, especially if Playground Games manages to recreate the fabulous aesthetics of the original Fable. Unfortunately, it can also mean removing weapons from the equation, which may not be for the best.

Weapons in the fable

Fable differs from most fantasy series in that the events of each part take place in different time periods. 200 years may pass between Oblivion and Skyrim, but there is no sign of any significant changes in culture or technology during this time. Meanwhile, Fable 2 takes place 500 years after the original game, and it shows. The Land of Albion in Fable is a completely different place after the timeskip, depicting the world of magic, which is slowly moving into the world of technology. However, the ancient creatures and magic of Albion still cling to life in remote corners, far from the eyes of humanity.

Adding firearms to the Hero’s arsenal symbolized changing times. To remove them and return to a battle inspired by the Middle Ages meant to deprive Fable of one of the most unique aspects. Of course, this is more an argument against the medieval setting than in favor of preserving weapons. To do this, it’s best to take a look at the gameplay of the main Fable trilogy.

While the original Fable had great hand-to-hand combat and lots of magic spells, ranged combat was generally lacking. The controls were clumsy, the weapon took a long time to fire, and it was only useful in certain situations. Players could use arrows to shoot lone enemies or soften large groups, but most enemies would still attack in close combat. Bows and crossbows were also almost useless against most bosses and elite enemies such as nymphs and trolls from Fable. As a result, although players could build their Hero based on magic or melee, ranged weapons could never play more than a secondary role.

Fable 2, for comparison, has much better balanced the main schools of the series: Strength, Skill and Will. The solution was not perfect: the magic was simplified to the point that it may have distracted attention from the experience. However, the combat system of Fable 2 seemed more balanced than in the first game, and this was largely due to the redesigned long-range combat. Improved controls and the ability to target individual body parts were important elements of this update, but the role of Fable 2 firearms in the variety of combat should not be underestimated.

Fable’s melee weapons included maces, large hammers, pickaxes, two types of axes, and four types of one-handed and two-handed swords. Each had unique advantages and disadvantages, and the blades even had a special finishing technique that distinguished them from other weapons. Meanwhile, the player’s choice of ranged weapons was limited to a bow or a crossbow. By no means is this unique to Fable. Skyrim features a variety of daggers, swords, axes, maces, large swords, battle axes and battle hammers, all of which exist in a range from fast but weak to strong but slow. Again, however, ranged weapons are limited to bows and crossbows added by Dawnguard DLC.

Compare this to Fable 2, where ranged weapons included three types of pistols, crossbows and rifles, as well as blunderbusses similar to shotguns. Flintlock rifles and pistols were powerful single-shot projectiles that allowed players to shoot at enemies from a long distance. Wind-up pistols and rifles functioned more like modern semi-automatic weapons, allowing players to hit their enemies with rapid-fire shots. Meanwhile, turret guns of the revolver type offered a balanced middle ground between damage and rate of fire. Pistols have also sacrificed damage and firing range for a higher reloading speed compared to rifles, and crossbows occupy an intermediate position between them. Finally, a melee blunderbuss can clear an entire room or send individual enemies flying.

It’s not that gunpowder automatically makes Fable better, which perhaps proves the powerful firearms of Fable 3. In fact, although Fable 3 had its good sides, its unbalanced combat is one of the reasons why this topic remains controversial. However, the way weapons were implemented in Fable 2 influenced the player’s choice, making the fight much more dynamic and exciting. And although Playground Games could try to do something similar with more medieval shells, it’s hard to imagine that this attempt will be crowned with the same success.

Glen Powell talks about how hard it was to create Top...