Home Entertainment The career mode in FIFA 23 is a breath of fresh air,... 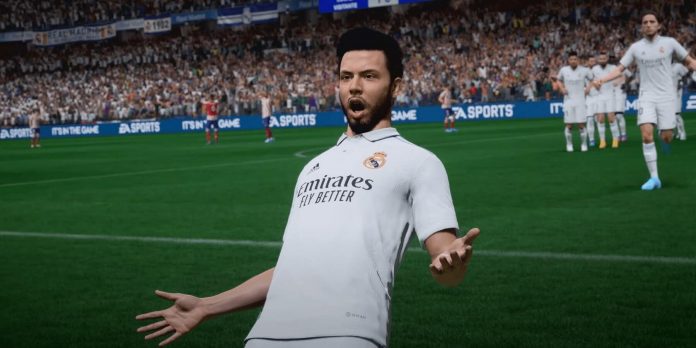 FIFA 23 is due out later this month, and the latest installment of the FIFA franchise has a promising approach to career mode, although it could still be better. The series has come a long way since the first FIFA game was released back in 1993, and many different modes have been introduced over the years, including the aforementioned career mode. Career mode allows gamers to take on the role of a professional football player or manager, but in recent years, many FIFA fans have felt that EA gives priority to the FIFA Ultimate Team community, rather than career mode players.

Year after year, FIFA players bought the game only in order not to see significant improvements in career mode. Meanwhile, FUT players will get noticeable improvements to the mechanics and features of the game. Naturally, people who wanted to see improvements in the FIFA career mode ended up disappointed and upset. The game mode stalled for a while until FIFA 21 was released, which promised many new additions. Although FIFA 23 looks like the best career mode in a long time, there is always room for improvement.

Slow but steady progress of the latest FIFA career modes

The FIFA 21 career mode was a significant improvement over its predecessors and revived the faith of many players. Now fans could enter and exit matches using the interactive simulator function, and the player could simulate the entire match, but also had the opportunity to intervene at any moment. In addition, the “Player Development” function allows gamers to form a development plan for each player and shape it according to their wishes, as real football managers do. Other features such as “Schedule Planning”, “Match Clarity” and “Active Learning” were also introduced.

FIFA 22 has retained all these features and added many others, such as Squad Builder and Board Priorities. It is noteworthy that FIFA 22 has significantly improved the player’s career mode, giving it a new look. Now the fans could come out to replace what they had wanted for a long time. The manager’s rating and match goals were also added. EA also introduced a role-playing-like mechanic in FIFA 22, where players will spend XP to level up their created characters using the concept of a skill tree.

FIFA 23 promises to develop the aforementioned improvements and introduce a completely new version of the career mode. A key addition to the FIFA 23 career mode is Playable Highlights, which is arguably the best new feature added to FIFA 23 and available in both Player Career and Manager Career modes. The game’s AI calculates scoring chances in a match based on the attributes of the two teams and distributes them by match. Every scoring opportunity triggers a highlight where gamers can step in to either convert a scoring chance into a goal or prevent CPU scoring. These highlights will include everything from penalties, free kicks, counterattacks and single runs.

EA has also updated the Career mode menu in FIFA 23, making it more accessible and easy to use. In the new main menu, key elements such as player contracts, squad depth and youth academy players will be brought to the fore. Now users don’t have to browse through multiple menu levels to get the information they need. Dynamic Moments is another completely new feature of FIFA 23, which is essentially a series of cut scenes that will be played at crucial moments in both player’s career mode and manager’s career mode. These videos are triggered after completing certain achievements, such as signing a star player, getting into the starting lineup or changing clubs.

FIFA 23 will allow gamers to take on the role of a real manager, including many famous people such as Pep Guardiola, Jurgen Klopp, Thomas Tuchel, Carlo Ancelotti and many others. Fans can choose from a list of more than 350 managers. Transfer Analytics is another new addition to the manager’s career mode, improving the quality of player transfers. This analyst will assign ratings from A to F to current transfer deals based on the financial condition of the club and the depth of the squad.

Player identity is a particularly exciting feature in the upcoming FIFA game. There will be three personality types in FIFA 23: “Individualist”, “Virtuoso” and “Heartbeat”, each of which has different traits and attributes. The player’s actions on and off the field will give him personality points that can be used to develop his personality. The player’s personality system will closely monitor actions such as passing the ball frequently to create chances or being selfish in front of the goal, and shape the personality accordingly.

Finally, there are off-field actions that will be a long-awaited feature in FIFA 23. For the first time in the history of FIFA, gamers can control a player’s decisions off the field, which also play a crucial role in shaping his personality. Players can invest their hard-earned income in various assets, such as stocks or open a clothing brand.

Harry Potter: 10 characters who made the most magical first impression,...

Jurassic World Dominion: Trailer Shows The Return Of Actors From The...