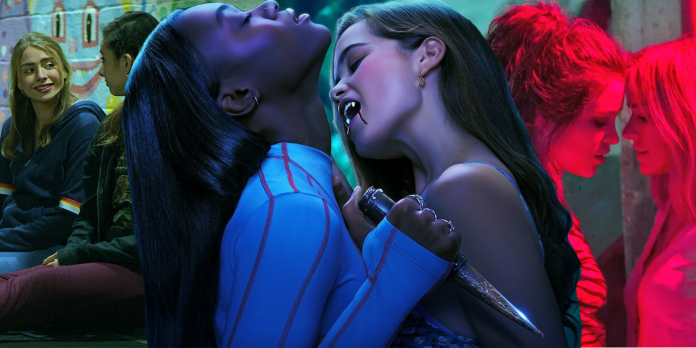 “The First Murder” was canceled after just one season, and it joined a growing list of Netflix original films with female LGBTQ+ main characters who have never seen a second season. The reported reason for the cancellation was that there were not enough viewers and completed episodes in the first season. However, First Kill recorded over 100 million hours of streaming in the first month after release, far more than updated Netflix originals such as Heartstopper, leaving viewers questioning whether this was really a viewing issue or part of alleged lesbophobia on Netflix’s part.

The first season of the series “The First Murder”, based on the short story of the same name by V.E. Schwab revolved around the Berns, a black family of monster hunters, whose youngest daughter Calliope was looking for her first prey, and the Fairmonts, a family of Heritage vampires, whose youngest daughter Juliet was also looking for her first prey. Throughout the eight-part arc, Juliet and Calliope not only commit their first murders, but also fall in love against the wishes of their families and communities. The thrilling finale would have opened up Savannah, Georgia to even more monsters and drama in the second season of “First Kill” if the show had been renewed.

Before the release First Kill members of the LGBTQ community called on subscribers to broadcast the series, and Netflix to ensure more active promotion of the show on social networks so that it becomes a hit. After a series of cancellations for one season with leading female LGBTQ characters from gypsies to teenage bounty hunters, many members of the community expected that “The First Murder” would follow in their footsteps, and tried to save the show with the help of the number of viewers. Because of this, many hoped for a second season, but after the cancellation of the showrunner of the “First Murder” Felicia D. Henderson stated that the marketing of the show was too simplistic, focusing almost exclusively on the relationship between Calliope and Juliet when there were many more. to the story to highlight. “I think I expected this to be the beginning, and that other equally compelling and important elements of the show—monsters vs. monster hunters, a battle between two powerful matriachs, etc.—would eventually advance, and that’s not what’s not going to happen,” Henderson said. It highlights a recurring problem with Netflix and its original TV shows, especially featuring women and girls from the LGBTQ+ community.

The list of prematurely canceled Netflix shows is very long, and shows revolving around sapphic characters have not performed very well on the platform, even with the supposed success of streaming. Because of this cancellation story after one season, which also includes “I don’t agree with this” and “Everything sucks!”, members of the community went so far as to call Netflix lesbophobic and stated that “The First Murder” never had a chance. A petition to extend the show has already garnered almost 6,000 signatures, and #CancelNetflix has become a global trend along with #RenewFirstKill on Twitter following the cancellation news. Viewers also noted that there are potential additional layers to the cancellation of the “First Murder”, since a black lesbian played one of the leading roles in it, creating a potential intersection of discrimination.

While female LGBTQ+ characters can be found in other successful Netflix originals, such as the lesbian Robin Buckley in “Very Strange Things” and Maxine from “Ginny and Georgia,” they are the main/minor characters. Ola and Lily from “Sex Education” were also main/minor characters, but they won’t even be returning for the upcoming fourth season of the show. The future of Netflix with shows starring and highlighting LGBTQ+ characters, their relationships and experiences is unknown, but the cancellation of “The First Murder” and many others that came before it prove that Netflix has a problem with LGBTQ+, and it needs to be solved.

The Waylanders: Where To Buy The Game, Price And Editions

God of War Ragnarok Keeps The Camera ‘uncut’ From The Previous...