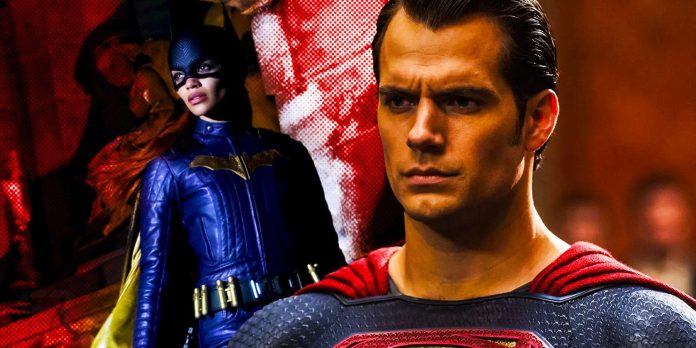 Warner Bros. Discovery’s shocking cancellation of Batgirl is a tragic consequence of the DCEU’s mismanagement by multiple Warner Bros. administrations over the past decade. The DCEU has been in a weird position for a few years, failing to commit to a particular plan and constantly announcing DC movies that never actually happened. After years of mistakes, Batgirl is now bearing the brunt of the effort to save the DC movie brand.

The Batgirl movie was initially announced Joss Whedon attached as writer and director in March 2017, just a few months before it was revealed he would replace Zack Snyder on Justice League prior to extensive rewrites and reshoots. After the failure of Justice League, Whedon stepped away from Batgirl and the DCEU would remain in a state of general confusion for several years. Eventually, Adil El Arbi and Bilall Fallah were tapped to make a new Batgirl movie, but thanks to massive shifts in DCEU plans and studio priorities, Batgirl is being completely axed with no plans for any kind of release despite being deep in post-production.

Related: What Batgirl’s Cancellation Means For The Snyderverse

It’s tragic for anyone to put so much time into a movie that doesn’t see the light of day, but thanks to years of bad planning and studio mismanagement, the new Warner Bros. Discovery team finally made the kind of hard call the DCEU has needed for years, with Batgirl, unfortunately, bearing the costly consequences of years of WB’s mistakes.

The DCEU Has Been Broken Since 2016

It seems like the DCEU has always been in a state of chaos, but back in 2016 there was actually a plan in place for a full slate of interconnected movies spinning out of Zack Snyder’s Man of Steel and Batman v Superman: Dawn of Justice, which were both divisive films, but still saw strong overall interest and successful box office numbers, even if they were below studio expectations. Man of Steel was highly praised as the highest-grossing Superman movie on its release and Batman v Superman: Dawn of Justice is still one of the highest-grossing movies in the DCEU, with Suicide Squad and Wonder Woman also posting big box office numbers. Aquaman is also mostly a product of this era and is the only DCEU movie to gross over $1 billion at the box office.

Due to a rocky initial reception to some early DCEU movies, massive overhauls were ordered to Justice League and most of the future slate of DCEU movies were canceled, delayed, or significantly altered, but the early DCEU reception wasn’t significantly out of line with many other major franchises at the time. Even the first phase of the MCU saw inconsistent reviews and mediocre box office results before The Avengers, but the DCEU was never allowed to develop to that point, seeing massive rewrites, reshoots, and slate changes with every bump in the road. When Zack Snyder’s Justice League was finally released on HBO Max, it saw far more positive reception than the 2017 theatrical version preferred by the studio, sparking interest in what could have been the franchise’s future, but Warner Bros. had already moved on and wasn’t interested in future Snyder DC movies.

While it’s not the first time a franchise has undergone a major overhaul midstream, abandoning Zack Snyder’s DCEU had too many downstream effects on the franchise. Characters like Jason Momoa’s Aquaman and Gal Gadot’s Wonder Woman had a strong reception from their solo movies, but the rest of the Justice League actors were in a bad spot. Ben Affleck wanted to quit playing Batman because of the Justice League reshoot experience, Henry Cavill was due a new Superman contract at a time when Warner Bros. wasn’t willing to invest more in him, Ray Fisher lost the role as Cyborg as a result of his clash with the studio over his toxic treatment by Joss Whedon and WB executives, and Ezra Miller’s Flash movie was stuck in development hell (with more recent legal issues compounding matters). With so many Justice League characters sidelined or in need of recasting, the DCEU couldn’t move forward with many of its biggest heroes and attempts to boost secondary characters didn’t gain the traction needed to revitalize the franchise.

Batgirl’s Biggest Problems Were Caused by a Broken DCEU

Geoff Johns and John Berg were placed in charge of DC Films during Justice League’s production, but despite repeated claims of plans to move the franchise in a new direction, each subsequent entry in the franchise straddled the line, refusing to commit to any particular version of the fractured continuity and failing to build toward any larger DCEU vision or potential future team-up movies. Shortly after Justice League bombed at the box office, Johns and Berg were replaced by Walter Hamada, whose approach wasn’t much different, with similarly poor results. When teases for potentially big future DCEU plans did arrive, they were in the form of faceless cameos, reminding audiences that Warner Bros. wasn’t even sure who would be playing some of its biggest characters, should they even return.

It could be argued that divisive reviews and good-not-great box office returns made the early DCEU plan a flawed approach, but even a flawed approach is better than no plan at all. The positive reactions to Zack Snyder’s Justice League are proof that audiences were coming around and perception of the franchise would have improved over time, but that was never allowed to happen. By the time Batgirl entered production, the plan was to replace Ben Affleck’s grizzled middle-aged Batman with a 70-year-old Michael Keaton via the multiverse in The Flash alongside 67-year- old J.K. Simmons’ Commissioner Gordon, and even the film’s directors weren’t sure how or why certain characters were in their movie, referring to it as a “spaghetti of Multiverses.”

The problem isn’t the existence of the multiverse (even Snyder’s DCEU plan included the alternate Knightmare timeline), the problem was that the movies were beginning to function as Band-Aids to “fix” the mistakes made in previous DCEU movies, which themselves were also Band-Aids to cover up other mistakes made. After merging with Discovery, and forming Warner Bros. Discovery, the old WB leadership has been almost entirely cleared out, leaving the new administration with a stack of Band-Aid movies as they try to chart another new DCEU plan. They had the choice, like the previous administration, of either continuing the “spaghetti of Multiverses” plan, kicking the can farther down the road, or ripping off the Band-Aid so they could move forward with a clean slate that’s not bogged down by the many mistakes from former WB executives. Unfortunately for Batgirl’s hard-working cast and crew, they chose scrap the movie.

Batgirl’s Cancellation is the Consequence of Bad WB Executive Management

The problem wasn’t simply one of canon, although that surely had an impact, but its core construction made Batgirl a tough situation. It was designed to be monetized in a way that didn’t work with WBD’s approach. With a $90 million budget, the movie was too expensive to fit the new WBD streaming plan, yet the production also wasn’t big enough to make it a cinematic event. It’s surprising they wouldn’t simply cut their losses and release it on streaming to recoup what they could on the investment, but it’s also been reported there may be more to gain (or less to lose) financially by making it a tax write-off, in which case it would be considered a total loss and therefore ineligible to be released for profit in any form.

In an industry that regularly pits art against commercial interests, Warner Bros. leadership had already deprioritized artistic integrity by reducing the DCEU movies to “content,” breaking DCEU canon, and failing to get the kind of box office performance they wanted from the DCEU franchise.  This doesn’t mean Batgirl wasn’t a quality movie made by passionate filmmakers, but it was a component of a broken status quo that existed because Warner. Bros. tried to build it on top of a fundamentally flawed DCEU foundation. Faced with the option of keeping the franchise on life support or pulling the plug and exercising a post-merger option to recoup losses as a tax break, Warner Bros. Discovery opted for the latter.

Because of the state of Warner Bros. inherited by Discovery, the company was forced to make a brutally cold business decision about an artistic creation, regardless of quality. If Warner Bros. Discovery inherited a company with less debt, a thriving DCEU, and a Batgirl movie budgeted and designed for a more robust monetization method, Batgirl might not have suffered the same fate. Granted, these problems are also a big part of why the company was being sold for the second time in just a few years. A decade of failures at Warner Bros. meant a new company was now responsible for cleaning up the mess. That doesn’t make Batgirl‘s cancellation any less tragic, but the real tragedy is that Warner Bros., once seen as a safe haven to filmmakers, had fallen to the point that its filmmakers became victims of the cold hard business decisions necessary to save a dying brand.