Home Entertainment The cameo of the villain Obi-Wan in the Finale makes a big... 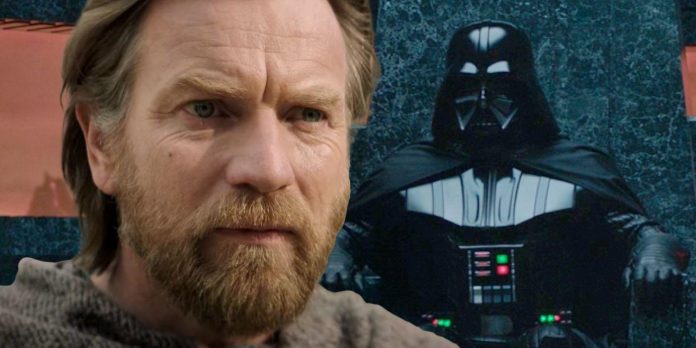 This article contains spoilers for episode 6 of Obi-Wan Kenobi.

In the 6th episode of Obi-Wan Kenobi, Ian McDiarmid’s cameo role as Emperor Palpatine appears, and some big changes have been made to Hayden Christensen’s Darth Vader. The action of Obi-Wan Kenobi’s TV show for Disney+ takes place in the dark times of the Emperor’s reign, when the galaxy seems to be the darkest. The surviving Jedi are forced to either leave the light or hide in the shadows, while the scattered rebel cells have not yet united into an Alliance of Rebels. Two heroes destined to become symbols of hope — Princess Leia Organa and future Jedi Master Luke Skywalker – are vulnerable children.

Obi-Wan Kenobi, in fact, was about the desperation of a Jedi master seeking to ensure the safety of the next generation of heroes. Believing that Luke is out of danger on Tatooine, he allows himself to be dragged back into battle to save the kidnapped Leia. Naturally, he will soon be in Darth Vader’s field of vision. Obi-Wan Kenobi, episode 6, is another duel between Darth Vader and Obi-Wan, and a rematch doesn’t add up for the Dark Lord of the Sith. Darth Vader returns to his castle on Mustafar, and the audience is treated to a final cameo when he receives a message from Emperor Palpatine himself.

Emperor Palpatine knows all about Darth Vader’s defeat at the hands of Obi-Wan, and he understandably wants to check, mainly to make sure Darth Vader is still committed to the dark side. Ironically, the very attachments that make Anakin Skywalker vulnerable to the dark side could potentially lead him away from the Sith, and Palpatine is always aware of this possibility. The conversation between Palpatine and Darth Vader is important, defining the relationship between them at this stage of the saga, about 10 years after “Star Wars: Episode III – Revenge of the Sith”.

The series about Obi-Wan Kenobi Disney + showed that Darth Vader acts with a high degree of autonomy. Darth Vader serves as the overseer of the Inquisitors, the villains of the dark side who act as Jedi hunters and scour the galaxy in search of survivors after Order 66. He can isolate entire worlds on a whim, shut down all flights and launch an attack on Jabiim without having to report. But in the 6th episode of Obi-Wan Kenobi, it is clarified that this autonomy lies simply in the interpretation of his constant orders. Palpatine can still order Darth Vader to leave Obi-Wan, perhaps partly fearing that his student’s emotions will make him vulnerable again. It’s amazing that Darth Vader is clearly obeying, because Riva showed the Sith how to lure Obi-Wan out of hiding—just by kidnapping Leia again. Darth Vader never seems to have done that.

Viewers have long been worried about whether Obi-Wan Kenobi will cause plot holes and continuity problems in the very first Star Wars movie. Fortunately, although a couple of lines of dialogue are a little more problematic, there are no serious problems in the series. This sheds a particularly interesting light on the final confrontation between Darth Vader and Obi-Wan Kenobi, in which the Sith insists that he was only an apprentice when they last met, but now he is a master. This string now takes on several shades of meaning; After all, their “last” encounter is the one in Obi-Wan Kenobi’s finale, in which Darth Vader is handily defeated and Obi-Wan again decides not to kill him out of mercy. But it also describes Darth Vader’s relationship with Palpatine himself. In Obi-Wan, Kenobi Vader still considers himself a simple student, but by the time the first Star Wars movie was released, he was confident enough to call himself the “Dark Lord of the Sith” and consider himself almost equal to Palpatine.

The irony, of course, is that Palpatine will never believe that this is true. The Emperor was selfish to the core, and he would have found the idea that anyone could be his equal ridiculous. Indeed, the insets suggest that Palpatine was looking for the Chosen One only as a potential host in the first place and considered many possible replacements for Darth Vader due to his defeat on Mustafar. Darth Vader was deceiving himself when he claimed to be a master.

Obi-Wan Kenobi talks about the unexpected return of Ian McDiarmid as Emperor Palpatine – his sixth appearance in this role live. McDiarmid teased this in an earlier interview, saying, “[Dart] Vader is back in the new TV series [Obi-Wan Kenobi], so I think it’s possible that one day his mentor may again be found hiding in the shadows. – he pointed out. (via the Star Wars news network)

The Witcher: Henry Cavill leaves Geralt to pair up with Dua...

Jenny falls in love with BLINK with new photos and arouses...