Home Entertainment The Callisto Protocol and the Dead Space remake give each other enough... 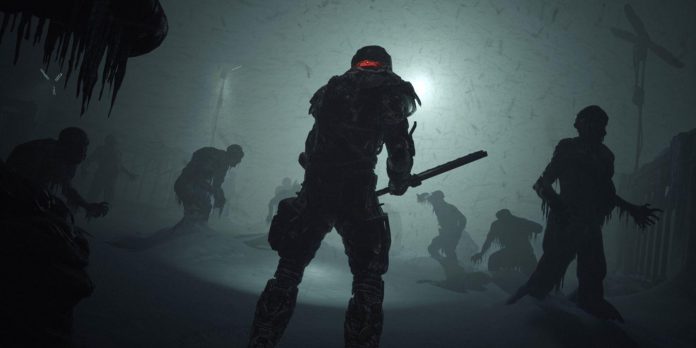 A lot of horror games are being prepared, and fans couldn’t be happier. From indie games like Fort Solis and Routine to large-scale AAA projects like Resident Evil 4 Remake, there are a lot of events happening in the genre right now. At the head of this charge are two horror games taken from the same source: The Callisto Protocol and a remake of Dead Space. One game was developed by Glen Schofield and former Visceral Games employees, and the other is a remake of their past work, so it’s not difficult to understand how closely these two games are connected.

To further consolidate this moment, they release quite close to each other. Currently, The Callisto Protocol will be released on December 2, 2022, and the remake of Dead Space is currently scheduled for January 27, 2023. It’s almost a two-month break, and that’s for the best, since these games look very similar. Both games are survival horror games set in space colonies that have mutant zombies that need to be dismembered before they can be completely killed. While The Callisto Protocol focuses more on traditional action mechanics, it’s easy to confuse it with Dead Space, so it’s good that it and the Dead Space remake have a breather.

First of all, this is The Callisto Protocol, the spiritual continuation of Dead Space in every sense of the word. It’s good that he can come forward to give this new IP a chance to prove himself, as well as demonstrate how far Dead Space has come. Glen Schofield and his team are very knowledgeable about the legacy of the series and what worked and what didn’t in the original trilogy. To this end, The Callisto Protocol wants to provide a similar but completely different experience from Dead Space. This should help fans prepare to get reacquainted with the usual things after the launch of the remake of Dead Space.

Callisto Protocol is definitely updating its horror and gore for modern times, but it has also taken a step back to redefine its mechanics. Dead Space was inspired by Resident Evil 4, although it doubled both limb damage and horror survival aspects. Callisto Protocol is designed to bring back the melee elements that many fans loved in arcade RE4, which can make it a point of comparison after the release of the remake of Dead Space and Resident Evil 4 Remake. With the ability to telekinetically throw enemies into the same environmental hazards as the hero Jacob, as well as a more sophisticated hand-to-hand combat system, The Callisto Protocol aims to move the legacy of Dead Space forward.

On the contrary, the remake of Dead Space is trying to improve what is already there. After fans have served their time in The Black Iron prison colony at The Callisto Protocol, they can get to work stomping through the halls of USG Ishimura with Isaac Clark. The remake of Dead Space, created by the developer of Star Wars Squadrons Motive Studio on the Frostbite engine, will be similar to the original game, but updated to use modern equipment. One of the main advantages of this remake is that it will use solid-state drives in modern consoles to eliminate all loading screens, aiming to make a one-shot game reminiscent of God of War 2018.

This is not the only part of the presentation that has been redesigned. This time, Isaac himself will be voiced, with the intention of silencing him, but allowing him to speak at times when silence would be strange. Cult Necromorphs will also get realistic blood and a redesigned dismemberment system. Despite the fact that the plot and structure should remain the same, the remake of Dead Space is being rebuilt from scratch with a modern soundscape, cutting-edge visual effects and various accessibility features. This will be the most perfect version of the horror classics, which should contrast well with the innovations of The Callisto Protocol.

The Callisto protocol launches on December 2 for PC, PS4, PS5, Xbox One and Xbox Series X/S.

Friends: How one of its protagonists almost missed the opportunity of...