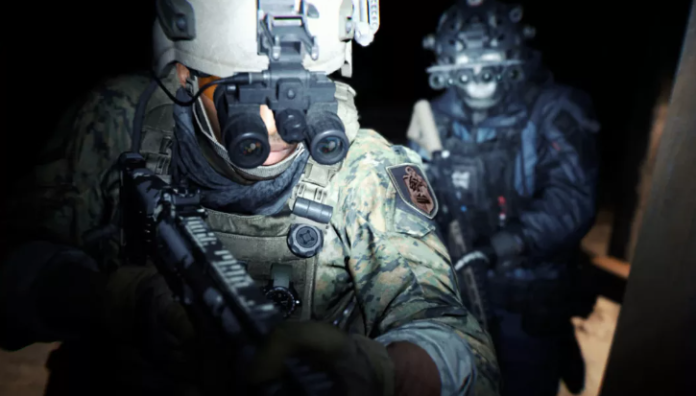 A Twitter account cataloging the contents of retail games on discs revealed that the PlayStation 5 disc with Call of Duty: Modern Warfare II contains only 70 MB of data. To make matters worse, a 150 GB download is required to launch the game this week. The same is probably true for the Xbox.

Users often complain about having to download massive first-day patches that prevent them from enjoying a new game as soon as they insert the disc into their console. Modern Warfare II takes a step forward by requiring customers to download the entire game, even if they bought a physical copy, and at the same time it’s a huge download.

The game’s predecessor, Call of Duty: Modern Warfare 2019, also suffered from infamous download sizes and storage requirements. However, this title had the excuse that it was tied to Call of Duty: Warzone, which cannot be said about the sequel. The only positive side is that Modern Warfare II allows players to save space by independently installing or removing Campaign, co-op and Spec Ops modes.

Nowadays, many big games require significant downloads, while digital distribution is more important than retail discs. Despite the proliferation of high-speed Internet, this trend is still a problem for many users with slow connections or data limitations. Many will not be able to play Modern Warfare II on the first day.

Delivering a disc with a small part of the game is a new step for consoles, but not for PCs. Digital technology has dominated PCs for years, as most computers no longer come even with optical disc drives. Since Blu-ray drives for PCs never caught on, some publishers gradually moved from releasing games on multiple DVDs to selling boxes or cards with download codes.

As an example of an interim transition, Bethesda shipped some PC games, such as Wolfenstein II: The New Colossus and Prey 2017, on a single DVD containing several concerts, as the rest were downloaded via Steam. An old example similar to Modern Warfare II was the retail disc Metal Gear Solid V: The Phantom Pain for PC, which contained only the Steam installer.

However, a large number of console users still depend on physical copies. Since Modern Warfare II discs are practically empty, they only serve as ownership licenses that users can rent, sell, sell or borrow.

From other bad news for the offline experience of Modern Warfare II: the multiplayer offline mode contains only three maps and one mode — Team Deathmatch. Recent entries in the series have included much more offline multiplayer content. Fortunately, the franchise continues to support split screen.

In addition, Infinity Ward warned users against changing the region of their device to New Zealand in order to start playing the game before it officially launches where they actually live. Using a trick can lock players into the game until their local street date.

Horror Director Leaves for Halloween End of Streaming Release on the...