Home Sport The Browns forward was clear about Baker Mayfield 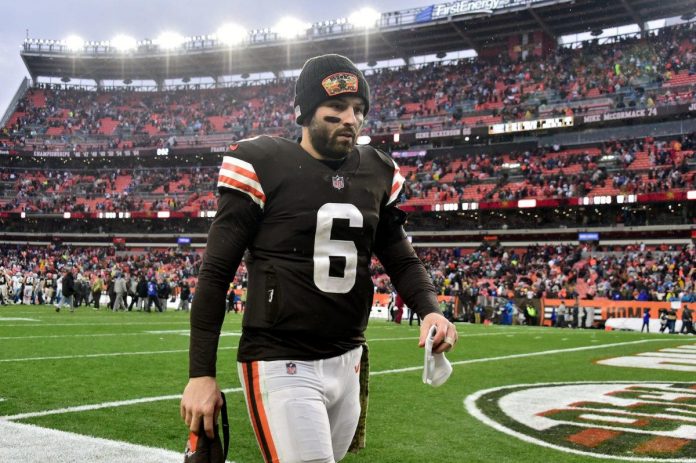 With a team invested in Deshaun Watson for the next five years, and with Jacoby Brissett as his understudy, they don’t need Mayfield much.

The Browns want to negotiate a deal to try to get a fair price for him, and it looks like that could happen sooner rather than later. The Carolina Panthers are still interested in Mayfield and are in trade talks with the Browns.

Bitonio spoke to the media at practice on Wednesday and thinks Mayfield will succeed in his next organization.

Mayfield struggled last season when he threw for only 3,010 yards and 17 touchdowns.

He had to have surgery on his left shoulder after the season, and he is still recovering.

We’ll see when the Browns finally decide to trade him.

The reaction of the football world to the national anthem before...