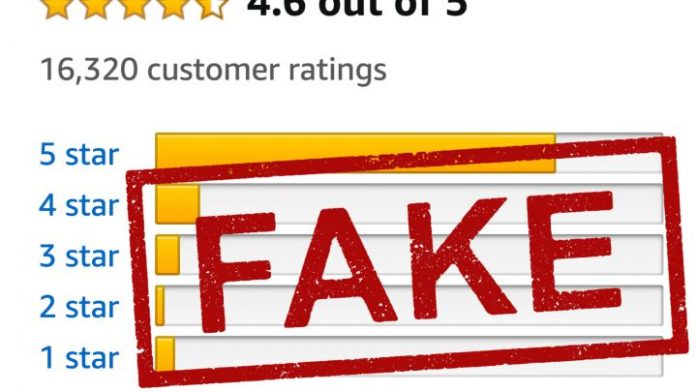 Amazon: The product review system on Amazon allows you to rate your user experience with something that you have bought, either First or Third Party, made by Amazon or bought in the marketplace from someone in another country. This review system is widely used by many people, who rely more on the comments of other users than on the product sheet itself. And it has been this system that has been affected massively.

The scandal of Chinese brands on Amazon

The SafetyDetectives cybersecurity team discovered an open ElasticSearch database exposing an organized fake review scam affecting Amazon. The server contained direct messages between Amazon sellers and customers willing to provide fake reviews in exchange for free products. In total, more than 13 million of these records (or 7 GB of data) have been exposed in the leak, potentially implicating more than 200,000 people in unethical activities.

What do Aukey, MPow, Tacklife or Victsing have in common? That they are Chinese brands that have stores in Amazon divisions around the world. Also that they are some of the most sought after consumer electronics providers on the Internet, and whose annual combined sales through Amazon can be of 1 billion dollars no less, which gives an idea that they are not Chinese stores from three to fourth .

From wireless AirPods style headphones to cases, chargers, portable batteries, air purifiers, etc, etc, these brands have Amazon as their main sales window, and in fact they are all based in the same place in China: Shenzhen, the ‘Silicon Valley’ of the East. But last May they all saw their stores disappear from Amazon -or as in the case of Victsing they remain but with many products in ‘not available’. Because all of them were peppered by the case of fake reviews.

The next expelled: RAVPower

Today, the popular brand of batteries and chargers RavPower has also completely disappeared. In fact, Amazon itself has confirmed to websites such as The Verge that it was she who removed RavPower from her store, and that she previously removed Aukey and Mpow. And although he hasn’t said why, it’s easy to imagine why:

On Sunday, tech-savvy columnist Nicole Nguyen of The Wall Street Journal published a story about how her new RavPower charger included an offer of a $ 35 gift card in exchange for a review, something Amazon confirmed was a violation of company policy. Amazon banned incentivized reviews in 2016. Nguyen tweeted about the removal of RavPower on her Twitter today.

Not a single Ravpower product for sale

As a result, all RavPower product listings have disappeared, leaving blank spaces in the company’s storefront on Amazon. Searches for “RavPower” do not return any listings for products made by the company. Existing links to RavPower products display Amazon’s 404 message “Sorry, we couldn’t find that page”, or to listings that say “Currently unavailable.”

In general, this is exactly what happened to Aukey, Mpow, and other lesser-known electronics retailers last month. In fact, a couple of Aukey listings can still be found on Amazon, while RavPower seems to have none.