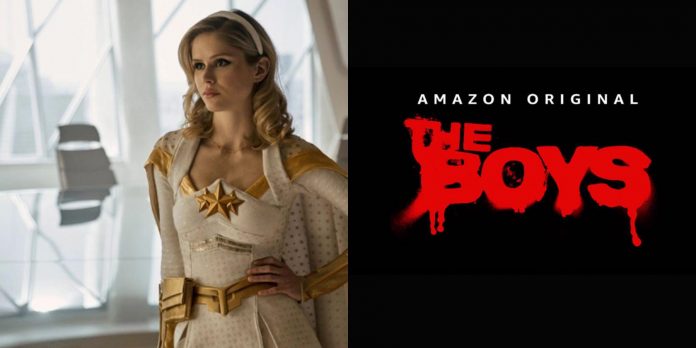 Erin Moriarty, who played Starlight/Annie January in the TV series “Boys”, recently spoke about the misogynistic attitude towards her from the fans of the series. On social media, Moriarty shared an article in which he pointed out the irony and injustice of the treatment of Moriarty.

The boys recently finished their third season back in July. Part of the third season’s storyline involved Annie January overcoming the sexist treatment she accepted and feared as a commodified superhero. Her body, activities and choices were dictated by external factors. In the end, however, Annie gets rid of her alter ego Starlight and decides that she will forge her own path as a member of the Boys, where she will be able to make her own decisions and fight for justice in her own way.

Unfortunately, some fans didn’t grasp the message of her arch. In an article on Medium entitled “#IStandWithStarlight?: Betrayal of Erin Moriarty” by fans of “The Boys”, the author under the pseudonym “butcherscanary” analyzed how fans let Moriarty down. For her part, Moriarty shared the post on her Instagram page and made sure to highlight certain passages in the article, urging fans to recognize her humanity.

In a particularly touching part of the essay, the author of the article pointed out that Moriarty’s treatment is similar to the sexualization and silencing of her character. “Annie is fiction, but Erin is not,” the author wrote, and Moriarty highlighted the passage. Moriarty’s Instagram is full of comments under her posts that somehow try to ruin her appearance. As part of her response to the article , Moriarty wrote: “I really feel silenced. I really feel inhumane. I really feel paralyzed. I grew up in the skin of this character (* emphasis on growing up – we change and develop mentally and physically).” However, in her stories, she noted that such treatment does not dissuade her and does not reduce the pleasure of participating in the show.

While there has been some debate about whether the satire in “Boys” might be too obvious, it’s clear that certain segments of the viewership either don’t follow some of the lessons the show is trying to teach its viewers, or actively prefer to act contrary to what the show means. Moriarty’s treatment is an example of this; where the show tries to empower its female characters and illustrate how women’s bodies and their activities are commercialized for the audience’s view, real life is also on the nose. Moriarty has to wade through comments sexualizing and scrutinizing her body, but she clearly won’t be silent about it.

Knowing how self-referential the series becomes, it is quite possible that the writers will reveal this behavior on the screen in the 4th season of “Boys”. Let’s hope a more egregious appeal gets the message across. Unfortunately, there are still many actresses who feel the same as Moriarty, but feel that they are being silenced and forced not to speak. It is commendable that Moriarty decided to speak out against such behavior.

Seasons 1-3 of “Boys” are now available on Amazon Prime Video.

Paget Brewster talks about the possible return of the second season...