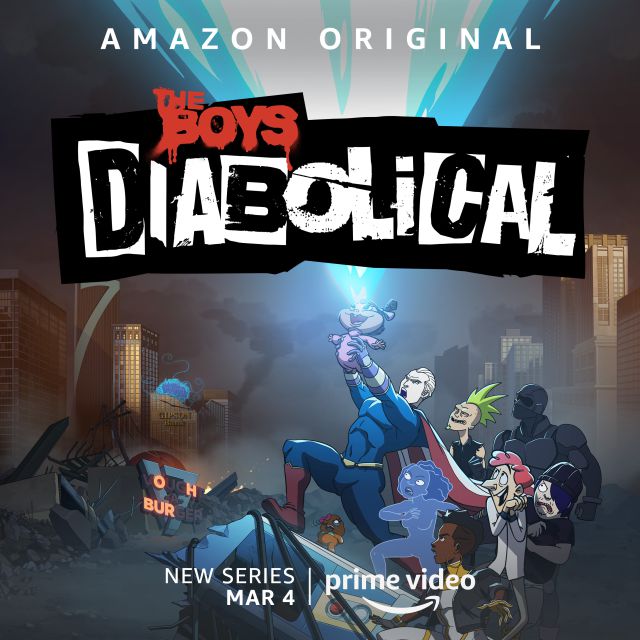 The Boys: The new animated series for adults that was born as a spin-off of the series The Boys celebrates its imminent premiere with a new trailer that is as gory as it is hilarious. The Boys Presents: Diabolical, the new animated series as a spin-off of the well-known The Boys, celebrates its imminent premiere on Prime Video with a crazy and bloody final trailer that you can see above these lines, a new advance that fin offers us a good look both at some of its plots and at the different animation styles, not without losing the opportunity to remind us of its spectacular cast of voices.

The universe of The Boys expands brutally

Thus, after several recent advances in the form of teasers, we can finally take a look at what The Boys Presents: Diabolical has in store for us, a series that will present us with up to eight independent stories framed in the universe of The Boys and that will maintain the same violent tone and sarcastic of the original work. And yes, we will also see some of the main characters of the series in new and unexpected situations.

Set to premiere on Prime Video on March 4, The Boys Presents: Diabolical features an exceptional voice cast with names like Awkwafina, Michael Cera, Don Cheadle, Kieran Culkin, Giancarlo Esposito, Seth Rogen, Andy Samberg, Ben Schwartz , Antony Starr or Youn Yuh Jung, among many others. All this through eight episodes between 12 and 14 minutes long that fans will surely devour on the same day it opens on the Amazon streaming platform.

And it is that the series is born from the “twisted minds” behind The Boys and Invincible, the successful animated series based on the homonymous comic; This is demonstrated by some of the animated styles that the trailer presents us, which will alternate with others that are totally different but equally attractive.

The Boys Presents: Diabolical premieres on Prime Video on March 4, 2022.