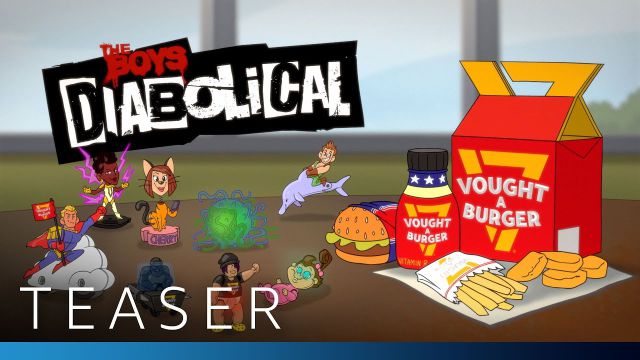 The Boys: The new spin-off of The Boys presents a new and violent teaser trailer that advances the hilarious tone of this new Amazon Prime Video animated series. The Boys Presents: Diabolical, the new animated series based on The Boys, presents a new video preview of what this violent and transgressive superhero spin-off has in store for us, as well as confirming a large part of a voice cast as numerous as spectacular with names like Awkwafina, Don Cheadle, Giancarlo Esposito, Simon Pegg, Christian Slater, Kevin Smith or Elisabeth Shue, among many others. This anthology is scheduled to premiere on Prime Video on March 4, 2022.

Thus, Diabolical is made up of eight episodes between 12 and 14 minutes long, each with its own style of animation that will tell us independent stories from each other, very much in the style of the Netflix series Death, Love & Robots. On this occasion, however, stories that are part of the crazy and relentless universe of The Boys will be bet on, ensuring gore, violence, crudeness and the usual hooliganism of the series on which it is based.

The Boys is based on the New York Times bestselling comic book by Garth Ennis and Darick Robertson, and has been developed by executive producer and showrunner Eric Kripke. The Boys Presents: Diabolical premieres on Amazon Prime Video on March 4, 2022.