Home Entertainment The Boys: Leaked Photos From The Filming Set of Season 3 Advance... 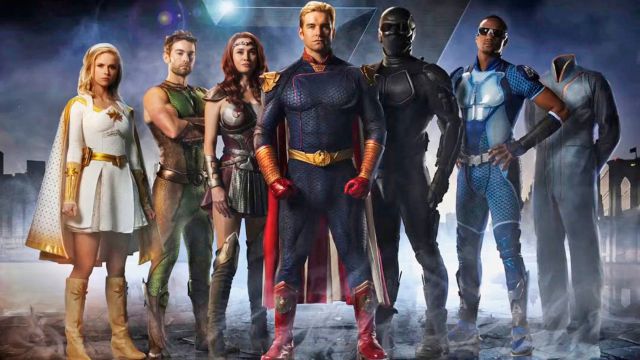 The Boys: The third season of the successful Amazon Prime Video superhero series is in full swing and its filming sets already leave us some clues.The Boys, the successful Amazon Prime Video superhero series that adapts the stories of the comic of the same name, is currently in the middle of filming its third season after the delay in its production due to the global crisis of the coronavirus. With a premiere scheduled for next year 2022, the production has already been filming for a few months and is facing its final stretch, although it has not been until now that the most revealing photos of the filming set so far about its plot have emerged.

Premiere on Prime Video in 2022

With the arrival of a new character as Soldier Boy, the third season of The Boys will continue to delve into the entire plot of Vought and his dark plans; Of course, if we look at the new filtered images of the filming set of this new season, everything seems to indicate that there will be a time jump between the second and third seasons. Specifically, we will go from 2020 to 2024, as revealed by one of the electoral posters on the filming set dedicated to the politician Ted Cruz.

Was going to save mine, but everyone was posting yesterday. Ted Cruz 2024 🤦‍♂️🤦‍♀️ pic.twitter.com/KEMHBA1daj

Other billboards and advertising posters scattered around the streets where The Boys is set offer more clues about the new season; so much so, that we can see Starlight starring in one of those promotional posters for the Seven in which they seem to be looking for new components for the group of superheroes, also wearing her original costume and not the one they forced him to wear in Vought.