Home Entertainment The Boys are taking a hit at Warner Bros over the merger... 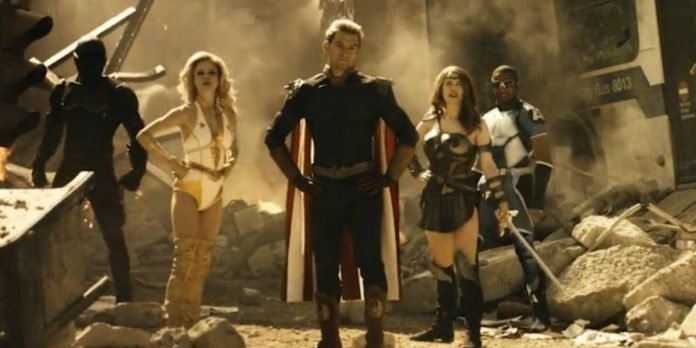 The Boys have taken to social media to parody the drama currently unfolding in connection with the merger of HBO Max and Discovery+. The irreverent superhero comedy, season 3 of which has just aired on Prime Video, is based on the DC comic book of the same name, telling about a group of vigilantes obsessed with the idea of destroying a group of superheroes known as the “Seven”. While The Seven are complex figures with their own selfish reasons for their actions, they present a noble facade to the general public thanks to Vought International, which has created a series of MCU—like films that are essentially propaganda of heroes. , including the Aquaman parody “Depth” (Chase Crawford) and the Wonder Woman parody of Queen Maeve (Dominic McElligott).

The subject of their parody gaze was a complex story that unfolded last week. The corporate merger of Warner Bros. and Discovery also led to the planned merger of their streaming services HBO Max and Discovery+. New CEO David Zaslav gutted the service (including canceling the $90 million movie “Batgirl” while it was in post-production, almost a dozen titles were quietly removed from the platform and planned to lay off about 70% of the staff). The official merger of the platforms was announced for 2023 with a chart describing Discovery+ as “female skewed” and HBO Max as “male skewed.” This caused a lot of anger from people online, especially those who pointed out that the very female-oriented “Sex and the City” franchise has been one of HBO’s flagship projects for decades.

Today, The Boys used their fictional Vought International account in the universe to parody the situation with HBO Max. According to the tweet, Vought combines VTV+, VNN+ and VSN+ channels into “one fairly easy-to-use application” called Vought++. They make sure to mention the idea that their content is extremely gendered, including graphics that depict a cavalcade of films featuring Seven, including “Dawn of Seven,” “Rise of Black Noir,” “Queen Maeve: Her Majesty,” “Tide,” and “Transparent.” : Invisible Force 2. Check out the post below:

Vought combines your streaming broadcasts into one fairly easy-to-use application. VTV+, VNN+ and VSN+ are now part of Vought++! That’s a plus plus for just an extra $29.99 a month. Review the “Dawn of the Seven” with the guys, plunge into the “Flippers” with the girls and much more!

This is far from the first time The Boys have used the fictional entertainment empire Vought International to parody current events. When they promoted the start of the third season of “Boys,” they mocked the drama behind Snyder’s fan-demanded version of “Justice League” by creating a fake trailer for the “Bourke Cut” of “Dawn of Seven.” Such hyper-awareness of the media landscape, allowing superhero projects to dominate, is a key part of the recipe for the success of the show.

It’s not surprising if the fourth season of “Boys” has a storyline referring to the discontinued movie “Batgirl”. The show, which often pushes the boundaries of graphic sex and violence, is not afraid to go for the jugular when it comes to satire. While superhero fans are still hoping the movie will find a new home, at least they can more or less rely on the show to acknowledge their shock and reflect it in a hilariously obscene way.

General Hospital: What we suspected as to why Emme Rylan’s contract...