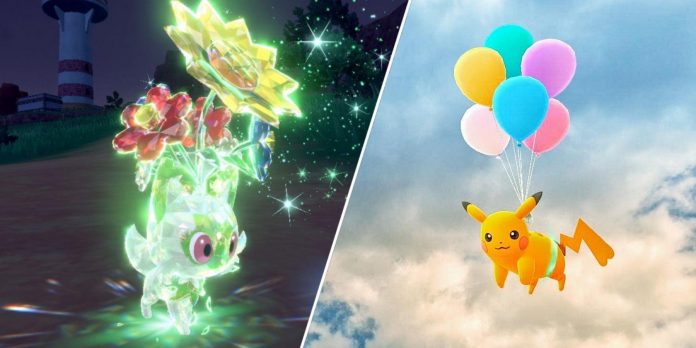 In Paldea, trainers can use Terastic Crystals to fill their Poke Balls and strengthen a certain type of Pokemon, but that’s not all. With the help of Terastallization, Pokemon Scarlet and Violet players can even change the base type of all their Pokemon that use a combat trick during the battle, creating interesting combinations. In the new trailer, The Pokemon Company also showed an early purchase bonus for Gen 9 games, and this is due to the phenomenon of Terastic.

A bonus for the early purchase of Pokemon Scarlet and Violet will be a special Pikachu with the Flying Tera type, which also knows the Fly technique and cannot be obtained in normal gameplay. This exclusive bonus is especially appealing to Pokemon collectors and fans of the series because this special Pikachu will be able to transform into an electric/flying Pokemon, which is thus immune to ground-type movements, just like the Emolga. Since this Pikachu knows the “Flight” technique, this means that he can inflict STAB damage on them in a Terastallized state, which makes him even more desirable.

Fans of the Pokemon collectible card game will recognize the Flying Tera-type Pikachu design by the Flying Pikachu card, which gives the iconic Pokemon the ability to fly thanks to balloons tied to its back. In fact, thanks to the Terastic phenomenon, Pokemon Scarlet and Violet pocket monsters with the Flying Tera type will receive balloons on their heads and change their type accordingly. It is worth noting that this special Pikachu will be distributed via an internet connection using the “Mysterious Gift” feature in games until February 28, 2023, and at this stage it is unclear whether this will be an exclusive pre-order bonus or a real early purchase. bonus for copies sold before March.

With the Pokemon trailer, Scarlet and Violet add 3 new Pokemon to those already known to fans, and rumors about alternative forms of Koraidon and Miraidon are also confirmed. In its current form, the 9th generation may be one of the most unique generations in the franchise, and fans will want to look for all kinds of Pokemon like Tera – that’s why the otherwise inaccessible special Pikachu is such a treat for fans.

Six Days In Fallujah Delayed, It will launch Late 2022