Home Entertainment The Blacklist 9×2: The Hunt Against Skinner Continues 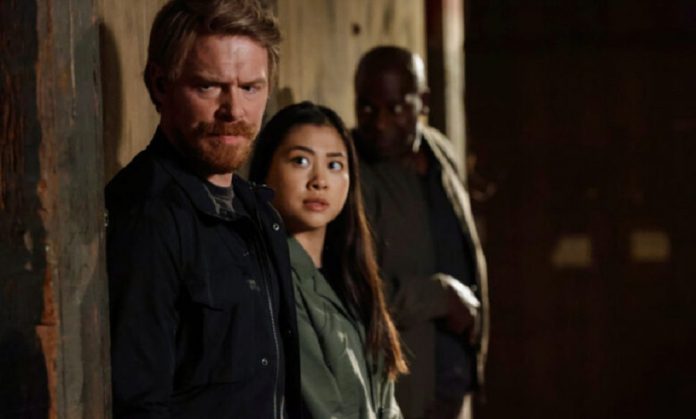 The Blacklist: This week, in episode 9×2, The Blacklist continued to bring viewers a big mystery surrounding the infamous Skinner. The criminal in question provoked Red (James Spader) as he bid farewell to the United States. Thus, the 9th season continues with interesting conflicts for viewers.

So find out all about the 9×2 episode of the NBC series with our recap!

The Blacklist: Red wants to know who is using the Skinner name

The episode begins with Chen (Fernando Chien) and his family being kidnapped. Obviously, behind the action was the new Skinner, who is arguing with his victim about what will happen to him very soon. Dembe (Hisham Tawfiq) and Ressler (Diego Klattenhoff) talk about how Red could help them rescue Chen while capturing Skinner.

Cooper (Harry Lennix) discovers that Graham Anderson is the new Skinner. Thus, the team meets to discuss the next steps of the operation. Meanwhile, Red is seen in Liz’s (Megan Boone) former office, although everyone has believed he left Washington. Red rejoins the team, as he would have valuable information for the case.

Chen assures Skinner that his plan will fail, as what he wants is under Taiwanese territory. Although the criminal doesn’t take the engineer’s word for it, he warns him that he will circumvent SCG Microchips’ security protocols and uncover the whole truth, killing Chen’s family shortly thereafter.

Aram (Amir Arison) talks to the rest of the team about Chen’s whereabouts. Red is excited to be collaborating with the team and talks about his relationship with Liz being the main reason for the return. Park (Laura Sohn) manages to track Chen and discovers his location. Meanwhile, he tries to connect with Taiwan to save his family.

From the Asian country, Pai-han (Leonard Wu) obeys all of Chen’s orders. Park finds that Chen has left SCG Microchips and tries to follow him along with Aram. The team joins Chen who is still concerned that his family is with Skinner. Then, a plan is articulated to rescue his wife and daughter. Near where Skinner took them, Dembe, Aram and Park lie in wait.

Chen is reunited with Skinner, who warns him that he will not release the hostages until he is sure of the veracity of the files Taiwan sent. The agents break into the place and the criminal shoots Chen’s wife in the leg. At the same time, Red tried to locate all the other skinners, when arriving at the place with his “colleagues”, Graham pays no attention to any of them.

When he points his gun at Vincent Duke (Matt Malloy), one of the former skinners, several shots are fired in his direction. The criminal dies instantly. As much as the adrenaline was constant, Duke wants to know why Red took him to that place. Apparently, he would like to choose who would be the new Skinner.

Kevin Feige promises that the story of the fourth phase of...