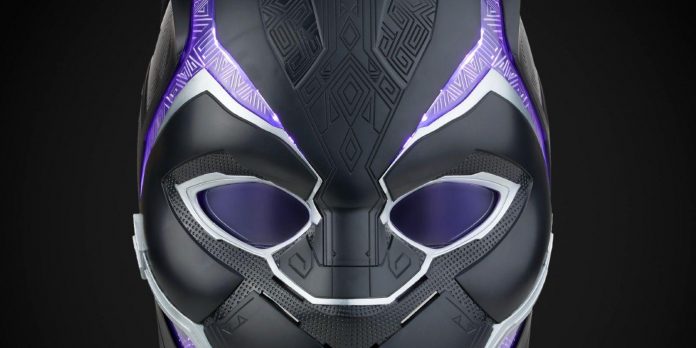 Hasbro has a new electronic helmet for the Marvel Legends Series role-playing games available for pre-order starting today, according to Screen Rant. The iconic helmet design is made with the precision of a movie, as in Marvel Studios’ Black Panther, and is a 1:1 scale reproduction that can be worn. It features flip-down lenses as well as film-inspired lighting effects.

The wearable collectible helmet “Black Panther” will appear just in time for the upcoming release of the sequel directed by Ryan Coogler “Black Panther: Wakanda Forever”, which will premiere exclusively in theaters in November. However, next in the Marvel cinematic universe are the remaining episodes of “Miss Marvel” on Disney+ and “Thor: Love and Thunder,” which will debut in theaters on July 8.

Check out our exclusive review of the Black Panther electronic role-playing helmet, including detailed information, prices and an extensive gallery of product images.

Wakanda forever! MARVEL LEGENDS is proud to present the electronic helmet for role-playing games “Black Panther” from the Marvel Legends series, which is a large-scale replica of the Black Panther helmet from the Marvel Studios movie “Black Panther”. Black Panther is the appointed ruler and protector of Wakanda, the most technologically advanced nation on Earth, armor and helmet serve as both symbols of office and protective equipment. Thanks to the precise molding and detailing of the helmet, as in the movies, this is the next important element of MARVEL LEGENDS ROLE PLAY for your collection! Use the rising and falling lenses and light special effects inspired by the movies, and imagine how the Black Panther rushes into battle!

Images of the Black Panther electronic helmet from Hasbro

PlayStation Talents Awards 2021: How, Where