Home Tech The biggest crisis of the last years in the game world: Cyberpunk... 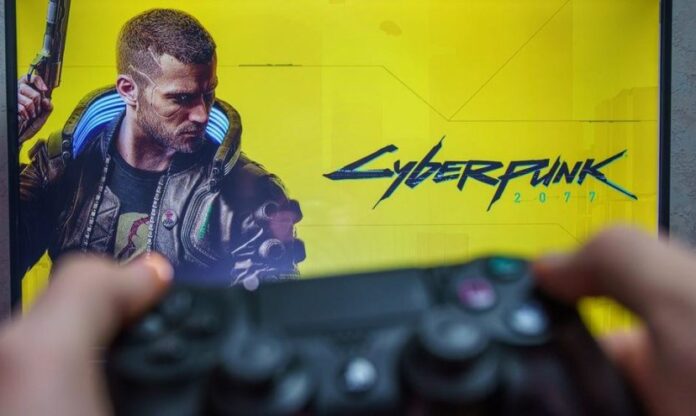 2020 is ending in a worthy way for the game world. Cyberpunk 2077, the most anticipated production of the year, created a very, very disappointing disappointment and sat on the world agenda.

It has been a very turbulent week for the video game industry, which has left the global cinema industry behind with its economic growth. This is not because a prominent person in the industry dies or mothers banned their children from Playstation during EBA hours due to the pandemic. Cyberpunk 2077, the most anticipated game of 2020, is out of order!

Game console players it was a disappointing defeat to the production company RedTM refunds to those who purchase the CD Projec game has announced that it will. So, what kind of game is Cyberpunk 2077 and why did it come out with such a bad performance?

The CD Red Project game studio, the creator of The Witcher series, which was also produced by Netflix, has been working on a futuristic open world role-playing game (RPG) set in 2077 for 9 years. While the game world has long been waiting for the arrival of Cyberpunk 2077, Cyberpunk 2077 has even become a popular culture icon with the addition of veteran actor Keanu Reeves (Johnny Silverhand) to the cast in August 2018, drawing the attention of non-gamers. The release date of the production, announced in May 2012, was delayed four times, one of which was due to a pandemic.

WHAT IS THE GAME SUBJECT?

V, a hit man in Night City, is assigned to steal a product called the immortality chip, but for various reasons this chip is caught in V’s body. After playing the V chip, he realizes that the chip belongs to the spirit of a ‘terrorist’ named Johnny Silverhand. Silverhand often appears to V, saying that he must take revenge on the company that made the chip, Arazaka. As the script progresses, V will seek ways to remove the chip from his body to live.

The game finally released on PC, Playstation 4-5, Xbox-One, X / S platforms on December 10, 2020. Those who came across their platform to download the most anticipated game of 2020 met with great disappointment. (It is stated that the computer version of the game is very good) According to the authorities, the game has a very bad image quality on previous generation consoles such as Playstation 4 and Xbox One.

‘NOT AS TO BE ACCEPTED’

According to critics, the frame rate is quite low and the game crashes from time to time. On Xbox One, when the game freezes frequently and throws it to the home screen, sometimes the console freezes and it is necessary to unplug and restart. Destin Legarie, criticizing the game on behalf of the world famous game publication IGN, said, “If you bought the game, ask for your money back. Playstation 4 and Xbox One versions are unacceptable. “When the game is fixed it will be a great production,” he says.

Kallie Plagge from Gamespot, one of the world’s leading publications on game journalism, comments, “Technical problems, image freezes, system crashes… It is impossible to ignore them”.

Ever since consoles have access to the internet, the fate of a game does not depend on its current state. According to experts, Cyberpunk 2077 will be able to become replayable with performance improvements to be made in 3-6 months. In the video below, you can take a look at some of the scenes of Johnny Silverhand, played by Keanu Reeves, in the game.

In the computer version of the game, it is emphasized that there are none of these technical problems. According to the impressions of IGN’s Tom Marks on the gameplay, the production should be evaluated not only on the main story but also with the side missions. The playing time of my production is completed in 20 hours if the side missions are not done. This is a short time for such a production according to some game lovers. Although it’s an open world game, you don’t need to go anywhere on the map to accept missions. Missions come via mobile phone, which saves time for the player. It is stated that the details of the cars in the game are given importance in the PC version.

The design of the main character is completely shaped according to the player’s wishes. The preferences made in the character’s dialogues also guide the script. In the video below, you can take a look at the gameplay video prepared mostly with high quality computer images.

4 days after the game was released on December 10, CD Project Red company apologized to all players by publishing a long statement signed by the company’s top managers. According to PC Mag’s report, the following statements were used in the statement made by the company:

* First of all, we apologize to everyone. We should have been more careful on Playstation 4 and Xbox One.

* Secondly, we will fix bugs and improve the game experience. The first updates will be available within the next week. We will upload new updates to the system as they arrive.

* No matter how many updates we make, the game will not be as high as on a good computer on Playstation 5.

WHY IS THE GAME SO BAD?

Adam Kicinski, CEO of CD Project Red, stated at a meeting with investors earlier in the week that the game might be a bit rushed to avoid delaying the game four times before.

Kicinski stated that as a marketing strategy, PC images of the game are always shared (the PC performance of the game is very successful), therefore other players were disappointed and admitted that this strategy was wrong.

I don’t know how to fix the problems in Cyberpunk 2077, but the year 2020 is coming to an end for the game world as well!