Home Entertainment The Big Con, Analysis. A Wonderful Heiress For Thelma And Louise 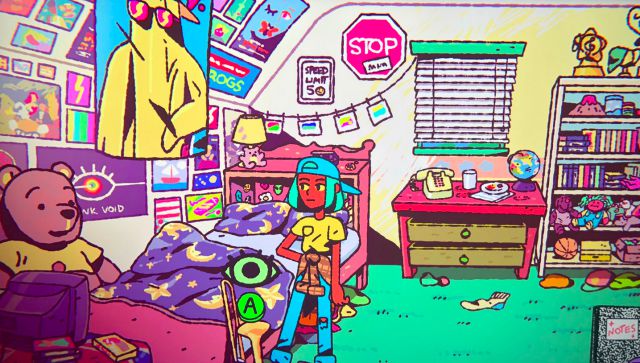 The Big Con: Half road movie, half coming of age, we analyze a fun graphic adventure that pays tribute to the genre, the nineties and the world of cinema. It is about a video store from the nineties and wastes humor, but it is not Clerks. It makes pickpocket an art and is a continuous tribute to cinema, but it has nothing to do with Pickpocket. It is carried out by a rebellious and funny young woman who travels all over the country fleeing from the police and learning to be free, but we swear that she is not the secret daughter of Thelma & Louise. There are many ways to describe The Big Con, but they would all be like this, with allusions to the big screen and a smile on the lips.

The Mighty Yell Studios game is a very simple graphic adventure that runs around four, five hours and seems like an endearing love letter to the seventh art. His own approach resembles that of a very nice road movie in which we play the role of Ali, a teenager who travels a wannabe version of the United States with the firm intention of stealing and swindling enough money to save her mother’s video store from the hands of some moneylenders. What could go wrong on such a trip?

The execution of it does not have too many intricacies. We will go through a handful of isometric view scenarios and we will do so solving easy puzzles, most of the Where’s Wally style? Or what is the same, little more than locating characters and objects. When we reach a level, for example, maybe we need a certain thing that person A has, but that person will not want to give us until we get something that person B has, who in turn will need a person’s own. C, and so on. In this way, you have to explore until you find the final piece that makes the rest of the dominoes fall.

Along the way, we can also get behind people and run a quick QTE to steal their wallets, which will allow us to accumulate money to help our mother with her debt. Or look for collectibles for a traveling merchant with many similarities to the owner of Stephen King’s La Tienda. Or do side missions, like the one that proposes to find out the secret recipe for a certain food; a mystery that reminds us of when we had to discover the formula for the perfect spit on Monkey Island 2. For having, we even have the typical labyrinth of the Zelda forests (here in a desert in Arizona or New Mexico), of these in which the The scenario has four exits and we need to hit the correct one several times or we will go back to the beginning. We could say that there are no great challenges or innovations, nor evolution in its mechanics, but its duration and variety prevent us from missing these factors. The Big Con is a classic, simple and enjoyable graphic adventure.

Lucifer ‘s characters are distributed among the faculties of Hogwarts