Home Entertainment The Big Bang Theory: The last and recent meeting of the cast...

After being broadcast through the screens of CBS, The Big Bang Theory, has made a great impact in television history, and it was all thanks to its original story full of science, comedy and loyal friendships that endured throughout the years. years.

After being more than three years away from the CBS screens, once again the cast and crew of The Big Bang Theory, has reunited for a special oral history book about the successful comic series, without a doubt, a new project that will be He hopes it will be as successful as the show was.

Likewise, the leading actors have also been very successful, as was the case with actors Kaley Cuoco in The Flight Attendant and Kunal Nayyar in Criminal: UK. Everything seems to indicate that the book titled, The Big Bang Theory: The Definitive, Inside Story of the Epic Hit Series, by the writer Jessica Radloff, will go on sale at the end of this year 2022.

Of course, some behind-the-scenes secrets also came to light at that meeting, including conversations about the original pilot, as well as the cast’s personal lives outside of The Big Bang Theory. So were the words of Jessica Radloff:

The writer went on to say that inside the book, unpublished secrets of the program will be discussed, both for the actors, as well as for the producers, and it has all been thanks to the more than 116 hours of new interviews for this book.

Jessica Radloff has also spoken with the original actress who played Penny, Amanda Walsh, who shot the pilot before being replaced by Kaley Cuoco. Undoubtedly, this new project promises many emotions, especially for fans of The Big Bang Theory, and for Cuoco who published the details of this book on her personal profile, which will go on sale on November 10, 2022. 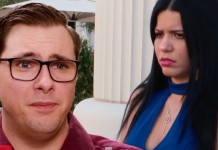 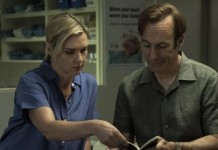 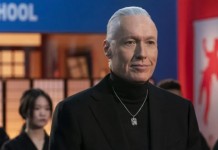 The Good Doctor: Medical Drama Renewed For Season 6 With Emotional...