Home Entertainment The beta version of FSD from Tesla coped with the curved marking... 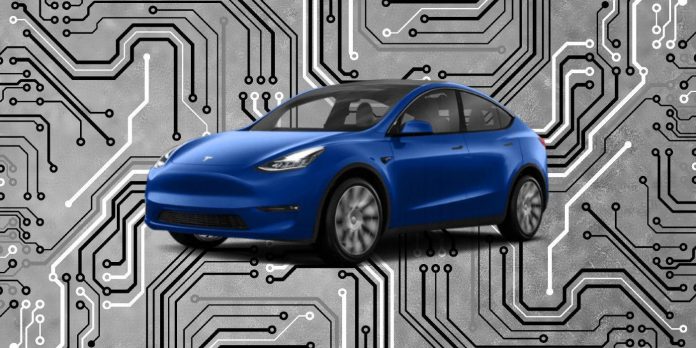 A new video shows how the beta version of Tesla Full Self Driving (FSD) easily navigates curved lanes in Hollister, California. Tesla FSD software is often controversial due to several reports claiming that it makes serious mistakes that could endanger public safety. Earlier this year, a YouTube video seemed to show a Tesla in FSD mode driving through a red light and then swerving towards stationary green pillars on the side of the road, eventually crashing into one of them. The driver reacted quickly enough to prevent a serious accident, but it could have been much worse.

Another accident occurred at the end of last year, when the 2021 Model Y had an accident after swerving into the wrong lane in FSD mode. According to the Tesla driver, the car gave a warning halfway through the maneuver, but in the end it was still hit by another vehicle. There were no reports of injuries, but the NHTSA has launched an investigation into the incident. It is also said that the car got the ability to perform illegal stops on FSD, but Tesla eventually released an update to disable this “feature” earlier this year.

Recently, a video appeared on Reddit showing how Tesla in FSD mode skillfully moves along a section of road with incorrectly drawn lanes. The video was reportedly shot in Hollister, California, where a contractor messed up the lane markings after the city redesigned the road, adding bike lanes and roundabouts. The video shows how the car maintains a constant speed, expertly moving along the curved zigzag lines of the lane, managing to stay within its lane, despite faulty markings.

The Reddit topic has already received thousands of votes and hundreds of comments, many of which noted how well the Tesla software was able to navigate poorly designed lane markings. Others made fun of the crooked lines, wondering if the person who drew them was drunk while working. Another user, apparently from Europe, was not impressed with the video, saying that it is not as important as some imagine, perhaps hinting at crowded European streets with lots of roundabouts and intersections.

Some also wondered if the video really shows a great achievement for FSD software, since there was no real traffic on the road and there were basically no road signs. They argued that FSD technology can navigate lane dividers without problems in most cases, but navigating in car traffic and observing road signs and traffic lights are the main problems for the software. In any case, the video seems to show that Tesla FSD technology is getting better every day, so it will be interesting to see how long it will take the company to sort out the remaining kinks in the system.

Peaky Blinders: What if Arthur Shelby had died in season 4?