Home Entertainment The Best World of Warcraft Streamers on Twitch 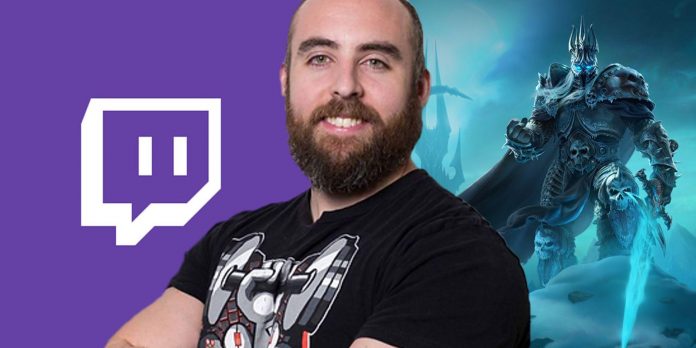 Despite the fact that World of Warcraft is one of the oldest continuously running MMORPGs on the platform, it continues to gather a huge number of viewers on Twitch. Since World of Warcraft was released back in 2004, it is considered one of the few games that have existed since the early days of Twitch, which means that several World of Warcraft streamers have been broadcasting from the very beginning.

As World of Warcraft prepares to release two add-ons, Dragonflight for the retail version and Wrath of the Lich King for the Classic, fans can expect the next few months on Twitch to be extremely loaded with the game, starting in September with Wrath of the Lich King, and lasting at least until December with the release of Dragonflight. Thus, there has never been a better time for viewers to find a streamer that they will like.

In addition, despite the fact that Bajira is one of the most famous names on the stage, she finds time to communicate with fans as much as any other streamer. His streams are the perfect place to reflect on the best PvP classes in World of Warcraft, fitness or any of his other interests.

Although he can now be found on his alternative account, zackrawrr, Asmongold remains the most popular World of Warcraft streamer to date. From time to time, Asmongold has become the most viewed Twitch streamer on the entire platform. When it comes to World of Warcraft, it’s hard to find a more knowledgeable or passionate streamer than Asmongold, who has been playing more or less continuously since 2006 and has been streaming the game since 2014.

Fans and detractors largely share his self-confident nature. Despite being the largest streamer of World of Warcraft, Asmongold has no problem voicing his opinion on controversial topics in the industry or voicing his criticism of the latest Dragonflight expansion. Thus, the broadcast of Asmongold is always a unique experience, when viewers can tune in to see how the most popular player in World of Warcraft ever gives an honest and uncompromising look on almost any topic.

EsfandTV streams are also another major departure from what fans can expect from a World of Warcraft streamer. Although he started his life on Twitch playing World of Warcraft, and is still engaged in the game, he also manages to touch on many different topics. Last year, EsfandTV managed to make a deal to broadcast NFL football games on Thursday nights on its channel, but recently it became known that Twitch decided not to allow it this year. However, EsfandTV is looking for other options to bring its passion for football to its streams, for example, to broadcast games instead. For its viewers interested solely in his World of Warcraft endeavors, EsfandTV is primarily focused on World of Warcraft Classic, which means that its stream is currently focused on the grind during the pre-patch for Wrath of the Lich King.