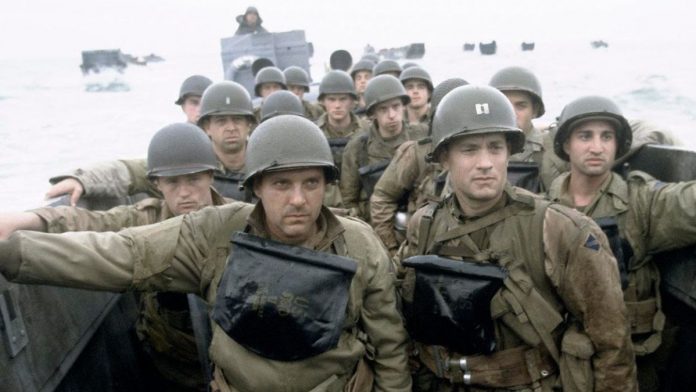 IMDB: War cinema is undoubtedly one of the fundamental bases of the seventh art that cannot be absent. We collect the best war movies according to IMDB
Armed conflicts throughout the history of mankind have brought the feelings to the surface of those who have the war genre on their radar as one of their favorites. Its undeniably dramatic, raw and realistic script – also accompanied by action – has inspired great directors to make and direct excellent productions. In addition, remembering each and every one of the wars and conflicts experienced (and that are still lived in certain places) worldwide. From Vietnam to Iraq, from Japan to the Soviet Union or from East to West.

We collect the best war movies of all time according to the IMDB score. Surely there will be many missing, but the ones that we leave behind, we guarantee you that they are authentic masterpieces. Many of them also with deserved recognitions and awards. What are your favorites?

Platform: Currently no streaming or rental offers
Duration: 2 hours and 30 minutes
Year: 1981
IMDB Score: 8.3
Director: Wolfgang Petersen
A German submarine of the Second World War is the scene in which a group of young soldiers, ready to defend their homeland, will have to undergo a harsh coexistence, after discovering that they have been sent to carry out a probably suicidal mission.

Platform: Filmin, RakutenTV and AppleTV
Duration: 2 hours
Year: 1986
IMDB Score: 8.1
Direction: Oliver Stone
Chris Taylor is a naive young American who, upon his arrival in Vietnam, discovers that he must not only fight against the Vietnamese soldiers but also against the fear that torments him, the fatigue and the rage that invades him. As the two officers under his command wage their own personal battle, conflict, chaos and hatred take their toll on Taylor, confusing his reality and desensitizing him to the most precious value of human beings … life.

Sony Registers for Sunset Overdrive in The United States