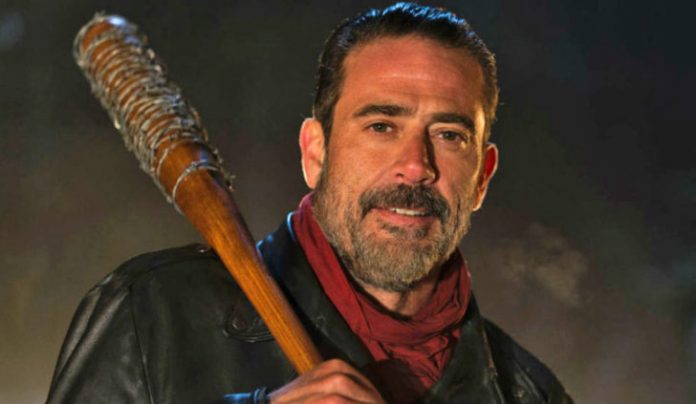 Joining him in artist Melissa Duffy’s piece is Fear the Walking Dead’s Ginny (Colby Minifie) and TWD: World Beyond’s CRM Lt. Col. Elizabeth Kublek (Julia Ormond), who opened fire in 2020 after the pandemic delayed. the three installments of the Universe of The Walking Dead.

Recall that in March 2020, the burgeoning coronavirus pandemic shut down production on the sixth season of Fear and delayed production on season 11 of The Walking Dead.

In September, weeks before the delayed “A Certain Doom” that aired on October 4, the network announced that The Walking Dead would end with an eleventh and final season spanning 24 episodes. That announcement came during a shortened year for TWD, which celebrated its 10th anniversary in October.

Whoever you are, wherever you are, I’m hoping for better things for you and your best chapter yet. Here’s to a huge comeback for all of us. Take a gander at some work I asked the brilliant @melissatheduffy to create; we brought on the baddies to shut. this. sh*t. DOWN! pic.twitter.com/yEJX0FekgW

The live-action franchise entered its 10th year with the second part of season 10 directed by Angela Kang, tied for the show’s best-received season with season 9, sending fan favorite Michonne (Danai Gurira) after. from the departure of Rick Grimes (Andrew Lincoln) a season earlier.

After that delay that lasted for several months, The Walking Dead came back to life and marked the return of Maggie (Lauren Cohan) with its tenth season finale. Along with the release of the 10-episode first season of World Beyond under showrunner Negrete.

In turn, The Walking Dead returns with an extended six-episode season 10, filmed during a six-week pandemic-proof shoot in October. So it will be the beginning of the end for the zombie drama when its epic 24-episode finale arrives in October 2021.

Did “marriage at first sight” Peter expect a kiss?