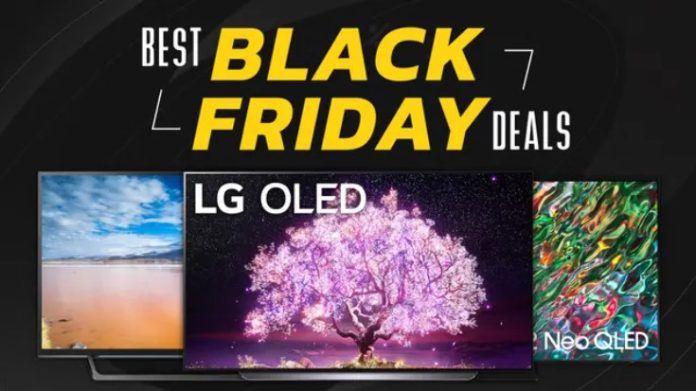 Finding deals on TV on Black Friday in 2022 will be a big job. Almost every store will have a discount on them. But we’ve put together our best bets on what you expect to see.

This Black Friday of 2022, we expect the tradition of Black Friday TV sales to continue until 2022, if you are looking for something more functional or want to splash out on a high-quality TV, we have you covered by what we expect to see discounted this year.

We’ve seen some of the best TVs like the LG C1 drop below $800, while 4K TVs under the Amazon Fire TV brand also got great discounts on Prime Day. They were all reduced to less than $400, which made them incredible deals — no matter where they came from.

However, Black Friday is central to TV sales. Almost every store will try to lower the prices of televisions in all directions. 4K panels are getting cheaper to produce, and incredible panels can be seen almost everywhere you look, so we’re looking for the best TV deals you can expect this holiday season.

There has never been a TV that could surpass the LG C1. It is so multifunctional that its successor, C2, cannot compare with it in some respects. The 120 Hz OLED panel makes it ideal for PS5 and Xbox Series X/S owners.

This is the perfect TV if you’re into retro games or want the smoothest possible image in modern AAA games like Elden Ring. C1 combines variable refresh rate parameters with a function called “Black Frame Insertion” (BFI). As a result, the TV creates a much cleaner and smoother image than its competitors, thanks to a small black frame.

LG has managed to create such perfection that it is one of the best ways — apart from purchasing a CRT monitor – to play your old and modern games.

For those who love movies and want to get the best image from their favorite entertainment, the LG C1 is so accurate in color that in some production companies it is used to evaluate real movies.

OLED provides infinite contrast, which means that its HDR output is still one of the best on the market.

So why do we recommend a TV that is several years old? We noticed that prices start to drop a little with each sale, and as we move away from its release and get closer to the supposed LG C3, there was no better time to jump on it.

This is something to watch. Best Buy is certainly the white stallion of TV deals. Over the course of this year, we’ve seen the highly recommended LG C1 drop prices to the lowest level we’ve ever seen.

As with the rest of the site, the Black Friday TV deals are going to be huge, and we expect them to transfer as many shares as they can as well.

Best Buy stores will need shelf space, and given that the new TVs will be announced in 2023, it makes sense that they will be the first to receive them.

Amazon has not only TVs of all other brands, but also its own brands. Be sure to keep an eye on the Fire TV ranges if you need a great budget 4K output. Meanwhile, you can bet anything that many Amazon employees will raise and lower their prices to climb up the list during the day.

This is what we are here to counteract, as we will monitor and offer you only the best deals. If someone tries to throw dust in your eyes, we will find out about it.

Amazon’s depth isn’t limited to their own branded TVs, as Samsung and other brands like Sony will also be cutting prices on their Amazon sites.

This will be the greatest work on our part, since Walmart, without hesitation, will dump everything together. Their website, while full of various offerings, combines an $80 Full HD TV with a $3,000 4K panel, making it difficult to watch.

However, Walmart is the king of Black Friday deals when it comes to TVs. We fully expect them to fight Amazon before the end of the day. We may even witness price wars with other retailers to offer you the most favorable terms.

Fortunately, since it’s all online, you don’t have to go to a real store to pick it up, and potentially get trampled while picking up the TV.

Samsung is home to weird monitors, great game panels, and even better TVs. Samsung has such a wide range of TVs that we expect all remaining models from 2021 and 2022 to be significantly reduced. Since CES is just around the corner after Black Friday, this is Samsung’s last chance to release a lot of these products before their latest novelties go on sale.

Samsung is also pushing into the 8K market, so you’ll start to notice that their 4K lineup now has a much more reasonable price, while the 8K takes up more expensive slots. ViPoka there is no need for an 8K TV, there is always a place for a game and movie television of decent quality.

This, or you can view the frame range by disguising your TV as an image. Or you can get a big rotating TV to watch TikTok if you have money to spend.

The lesser-known name of Crutchfield, the dark horse of TV deals, does not mean that he should be completely excluded. Although they mostly deal with things related to the car audio system, they have surprisingly big discounts when it comes to Black Friday.

They don’t have the biggest assortment, but they have all the usual suspects. Sony, LG and Samsung, as well as smaller brands. If you need an example of how much they are cutting prices, they currently have a Samsung 8K TV at a discount of over $2,000.

B&H has several TVs on sale right now, with big discounts, as the New York store tries to change as much as possible before the annual update.

Robots that feel and heal: They create a material that gives...

Netflix is about to choose TV series over its subscribers!