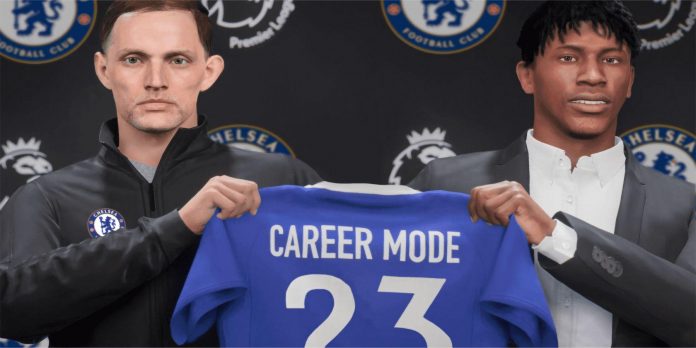 With FIFA 23 just around the corner, many fans are eager to get their hands on the game, and more specifically, the revamped Career Mode. Following years of disappointment, fans now seem excited to play around with all the new features coming to Career Mode, including the long-awaited women’s team and the return of many licenses to FIFA 23. With new teams added in, there are so many options available to gamers, and this may have many conflicted in their choices as new signings are made to strengthen teams and more youngsters continue to prove their skills.

Whether picking a well-established team like Real Madrid or Liverpool or opting for a lower league team in a road-to-glory playthrough, players will be spoiled for choice thanks to the many teams at their disposal. Following the FIFA 23 trailer and Career Mode breakdown, fans now have even more to look forward to, as new features and additions to both gameplay and Career Mode will give them complete control of the teams they elect to use. However, some teams may be more challenging than others, such as relegated teams or teams starting out in lower divisions. Regardless of whatever team is chosen, though, many are likely going to be pleased with the direction that Career Mode is going in.

Arguably the best team to pick in terms of the players available and the total money at the disposal of the manager, Manchester City, the champions of England, are still striving for their first Champions League trophy. With new signing Erling Haaland now a part of the team, players can easily take the assembled team and lead them to European glory, or even sign in more talent if needed. Manchester City is likely the easiest team to pick thanks to the star quality they already possess and the fact that every transfer window is going to bring in even more money when players start winning trophies. For those looking for the simplest career path possible, this would be the perfect team to choose.

One of the most decorated English teams in all the divisions, Nottingham Forest has been promoted back to the Premier League, which means that fans and admirers of the team will be able to pit them against the likes of Manchester City and Liverpool. It has been a long time since the team played in the Premier League, and an even longer time since they competed in European competitions. As such, picking Nottingham Forest in a Career Mode means bringing them back to their glory days, something that could be thrilling for fans of the sport. Of course, this will not be easy, as players will need to rebuild the team to compete against some of the greatest teams to ever play the game – all while striving to stay in the top flight.

After a few years without the proper licenses, FIFA has once again gained the license for many teams, with Juventus being the most popular. After a long hiatus, fans will once again be able to enjoy playing as Juventus with all the proper licenses, giving them a chance to compete for the Serie A title in Italy. Without Ronaldo and Dybala on their team, Juventus is in serious need of star players as well as a quick-thinking manager to guide them to Italian and European dominance.

Women’s soccer is rapidly growing in popularity around the world, and following FIFA 23’s trailer, fans are hoping that there will be women’s teams in Career Mode. What better team to pick than the current champions of England, Chelsea, stacked with star-studded players including FIFA 23 cover star Sam Kerr. This manager mode run would be all about securing Chelsea’s dominance at the top of England, and even expanding out into Europe to take on other great teams such as Lyon.

Lyon’s women’s team is the most decorated team in women’s soccer, winning more domestic and international trophies than any other side. The team has been home to many iconic women players such as Hope Solo, Corine Petit, and Alex Morgan, and with 8 Champions League wins under their belt, they have a decorated history. In FIFA 23’s Career Mode, players will need to consistently compete at the highest level with Lyon while also keeping an eye out for potential signings as more and more women players continue to enter the spotlight.

From Women’s soccer legends to returning heroes, FIFA 23’s Career Mode has a team for every player and fits every challenge, whether it is maintaining the top spot or fighting to regain former glory. While these teams may not be every fan’s pick, they will certainly make for an interesting Career Mode run, as fans can have an opportuniuty to win 10 Champions League titles with Lyon Feminin, finally give Manchester City their first, or allow Juventus to finally get their hands back on the title. With all the options available and all the changes being made in FIFA 23, the latest iteration of Career Mode is certainly gearing up to be one of the greatest of all time.

The ending of “Purple Hearts” was much less happy until Netflix...