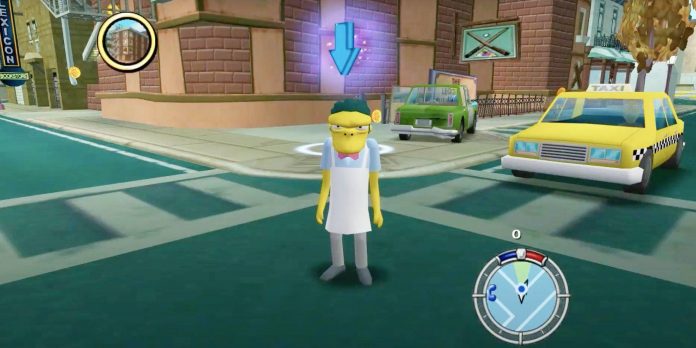 The Simpsons: Hit & Run has a passionate and dedicated modding community that has been adding to the game over the two decades since its release, introducing new characters, vehicles, and even story missions to the game. Many of these mods take inspiration from various Simpsons episodes but allow players to imagine what-if scenarios, while other mods simply introduce fan-favorite characters. Mods are a great way to keep Hit & Run’s virtual Springfield interesting, with new mods being released every year.

The Simpsons: Hit & Run is a popular open-world game from 2003 that allowed players to drive through Springfield as various Simpsons characters, such as the Simpson family themselves as well as Apu. It’s fondly remembered today, with Simpsons: Hit & Run being the most wanted game remaster, and while other Simpsons games have been released over the years none have managed to equal it. With a solid mix of GTA-style driving and hilarious callbacks to classic Simpsons episodes, Hit & Run is an enduring love letter to the series that fans are still revisiting to this day.

Given so many players consider Hit & Run to be one of the best Simpsons games that have been released – as well as the fact few Simpsons games have released since – it shouldn’t be too much of a surprise that it still has a passionate and dedicated modding community. There is even a modder working to remaster the game, while others are adding to The Simpsons: Hit & Run with map mods and story additions, allowing players to play as new characters. This helps make Springfield even more lived-in than before, enabling fans to extend Hit & Run’s experience way past when the credits start to roll.

Moe Syzlak is a well-known character on The Simpsons as the owner of Moe’s Bar and one who constantly falls victim to Bart’s prank phone calls. Moe is also a fan favorite character, being quick to anger but also having a sensitive side he struggles to convey. As one of the Simpsons characters quick to anger – and who often gets caught up in wild schemes – it only makes sense that he’d be a great playable character in The Simpsons: Hit & Run.

While it is unknown if a Simpsons: Hit & Run 2 will happen and let players play as Moe, a mod called Moe the Vigilante is available for players to play as everyone’s favorite bartender in the original game. Moe has fallen behind on paying his debts to the mafia, so now players must stop the mafia from ruining his customers and business. With seven custom missions, players will no doubt have a fun time. This mod is available on NexusMods and is created by Duffhause.

There are three mods available to players that let them play as new characters but do not give additional story missions. The first mod that introduces new characters is the Multi-Character Mod by Hadley Steel on Donut Team. This mod allows players to explore Springfield as Moleman, Krusty the Clown, Ralph, Ned, and Barney. An infamous Simpsons: Hit & Run bootleg may have one voice actor, but the Multi-Character Mod the character’s audio from other games and various episodes. However, no additional missions are available with these characters.

The second Simpsons: Hit & Run character mod is the Additional Characters Mod by Donut Team and Yzma. This mod allows players to play as more characters, such as Annie Dubinsky, Crazy Cat Lady, and Sideshow Bob. Fat Tony and Kirk Van Houten are also available to play, and the two come with additional costumes. Like the Multi-Character Mod, this mod only adds the characters and doesn’t feature an additional storyline.

Another mod that allows players to play The Simpsons: Hit & Run as a new character is called Meat Man. Players play as a slab of meat, running around Springfield and completing missions. This is a silly mod that adds no additional content to the game, but it is funny. Meat Man was made by Duffhause and is available on NexusMods.

While players wait for a potential Simpsons: Hit & Run remaster, a modder has added Chief Wiggum to the game. Wiggum is the stereotypical lazy cop who cares more about donuts than solving crimes and keeping citizens safe. On multiple occasions in the show, Chief Wiggum will take bribes to look the other way and operates on an outstanding level of incompetence. Love him or hate him, Wiggum is another popular Simpsons character.

For those who have a fondness for the bumbling police chief, a story mod allows players to play as Chief Wiggum. The story with this mod is that Fat Tony has stolen thousands of dollars from the Springfield Police Station, and it is up to Chief Wiggum to find and arrest him. The mod is called Cops: In Springfield by Colou and is available on on the Donut Team’s website. If EA was to make a new Simpsons game, then it could do a lot worse than to take some inspiration from the Cops mod.

Operation: Think Of The Children Is One Of Simpsons: Hit & Run’s Best Mods

Another mod that allows players to play as Moe Syzlak in The Simpsons: Hit & Run is called Operation: Think of the Children by Jay_Mate for a mod jam. This mod takes place after the events of The Simpsons season 9 episode 15 “Das Bus”, and is described as an epilogue to that episode. Other than being a fun reference to a great episode, this mod also includes some very fun additional items. There are three missions, four costumes, and six cars for players to explore.

Professor Frink is Springfield’s local nerdy scientist who appears in various levels of The Simpsons: Hit & Run to help the player characters. While Frink is not a playable character like Apu in Hit & Run, a modder is currently changing that. The Get Frinkfty mod by maz on Donut Team is not available yet, but it is meant to be a Simpsons and Rick and Morty crossover. It will feature custom vehicles, story missions, characters from both shows, and outfits for Frink. Not much else has been released since the mod is still in development, but this mod does seem to have an interesting storyline for fans of both The Simpsons and Rick and Morty. Even those Simpsons fans who may not enjoy Rick and Morty should be able to get a kick out of playing as Professor Frink.

While many players wait to hear the update from Yeardley Smith about Simpsons: Hit & Run 2, modders are busy adding to the game. Donut Team has been huge in creating mods for Hit & Run, from campaign mods to adding new outfits to the game. Of these additions made by Donut Team, Donut Mod 4 might be the best. There are two new levels, additional outfits for Homer and Bart, modified maps, and 60 new wasps’ cameras to hunt down. Players who have memories of playing Simpsons: Hit & Run years ago may be interested in trying out this mod to see the changes Donut Team has made.

Oddworld: Soulstorm Has Been Ranked on Xbox One and Xbox Series...