Home Entertainment The best senen anime of the first season that you might have... 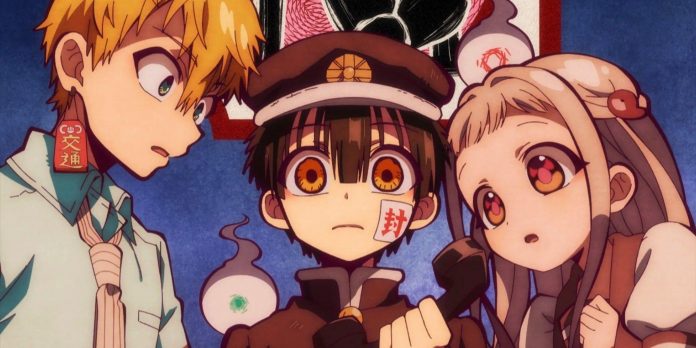 When you say “shounen anime,” some of the biggest names in the anime world are likely to come to mind – current series like Attack on Titan or Demon Slayer, or older but still beloved titles like Fullmetal Alchemist and Naruto. These anime are popular for a reason; they’re excellent! And because of their popularity, they usually run for at least two, if not more, seasons. The other thing about these popular, great anime is that most people have already seen them if they like shounen anime. So while waiting for the next season of these huge titles, what else can you watch? In the shadow of some of the biggest names in shounen anime are other fantastic stories that sometimes get forgotten even though they also have good stories and memorable characters, too.

Just because an anime only runs for one season does not mean it doesn’t deserve love and attention, too. Usually it just means the anime was able to tell its entire story in 12 episodes. And sometimes, in our busy lives, that is exactly what we are looking for. These are our top recommendations for shounen anime that are only one season long (at the time of writing), and are still worth watching even if you have never heard of them before. All of these anime are shounen (aimed at young men, but in practice, loved by many different kinds of people), though they cross into other genres as well such as fantasy, comedy, and romance. They are all twelve episodes or less, so they were only on for one season. And they are all highly-rated and entertaining, so don’t let their short runs deceive you, or that you may have never heard of them.

RELATED: The Greatest Shonen Anime Of All Time

In Japanese elementary schools, there is a common urban legend that says a ghost named Hanako-san haunts the toilets, and if you call her name, she will appear and kill you. Toilet-Bound Hanako-kun is its own version of that story with a surprise twist.

At Kamome Academy, the story of Hanako-san says that anyone who summons her will have their wish granted, making her a popular and sought-after ghost. But when Nene Yashiro is able to actually summon her, she discovers that Hanako-san is actually a boy! Nene finds herself as Hanako-kun’s assistant, thrown into the affairs of the supernatural world. Toilet-Bound Hanako-kun is a funny shounen story for fans of the supernatural and urban legends.

Sleepy Princess in the Demon Castle

Sleepy Princess in the Demon Castle is set in the demon lord Tasogare’s terrifying castle. It is full of monsters that would scare any normal person who finds themselves unlucky enough to be there. But when Tasogare’s latest kidnappee, a human princess named Aurora Suya Rhys “Syalis” Kaymin arrives, she does anything but what is expected.

In fact, the only thing she is really worried about in Tasogare’s castle is getting enough sleep! Sleepy Princess in the Demon Castle follows Syalis’ daily life, her comedic and weird adventures with the various monsters in the castle perfect for shounen fans looking for a light-hearted fantasy story.

Kakushigoto is about a manga artist, Kakushi Gotou, whose works are famous for their inappropriate content. When Kakushi becomes a single father, he vows to hide his profession from his young daughter, Hime.

He even develops elaborate ruses to hide everything from her, including pretending to be a normal salaryman. Eventually, though, the truth has to come out! Kakushi cannot hide his life from his daughter forever. Kakushigoto is a funny shounen anime that is full of laughs and gags, and is great for fans interested in otaku culture.

Astra Lost in Space is set in 2063 in a world where space travel is normal for average people. Aries Spring is ready to go on an exciting trip to the planet McPa to go camping, but along with her fellow campers, things do not go according to plan.

The group of 9 young people are jettisoned into the outer reaches of space by a strange black light. Their only hope of reaching home is aboard the mysterious ship that they find, the Astra. The 9 would-be campers must ration their resources and work together to make the long journey back home together. Astra Lost in Space is a fun science fiction adventure.

Horimiya is an anime about two people that seem like they could not be any more opposite to one another, but are able to be more honest with each other than they are with anyone else. Kyouko Hori is beautiful, smart, and popular, but has little time to spend with friends due to the demands of her home life. On the flip side, Izumi Miyamura is covered in tattoos and piercings that make him look like a delinquent, when he is actually a nice guy. The two meet one another and the more they spend time together, the more they can actually be their true selves. Horimiya is a feel-good romance anime for shounen fans that like school settings.

One of the biggest benefits of watching a one-season anime is that you never have to worry about anything like boring filler episodes, or pointless side stories. You get all the benefits of a great shounen story, without any of the potential downsides of longer stories. Of course, there is also the disappointment of knowing that if you love one of these short anime, there may never be any more of it to watch, but at least the story is complete. Shounen anime are often cross-genre, and we tried to get a great variety on here so that there is something for everyone. All of these anime may have only lasted one season on the air, but it was a glorious season. And now, you have something new to watch while you wait for whatever is coming next from your favorite big titles!