Home Entertainment The best Role-playing games that can be played on PlayStation Plus Extra... 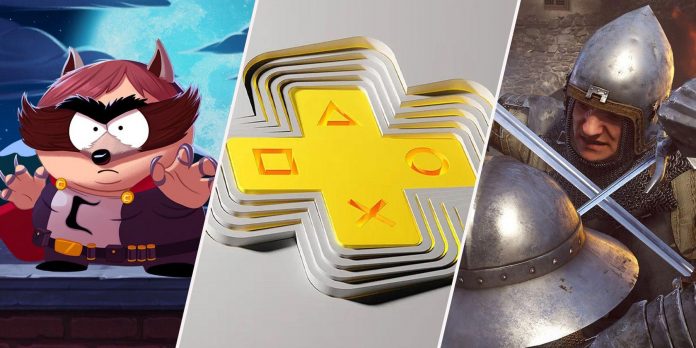 Rising out of PS Now’s ashes, Sony’s new PlayStation Plus has finally rolled out in North America. Split into three tiers, the service’s Extra and Premium subscriptions grant users access to hundreds of games covering a wide spectrum of genres. Feel like a scare? PS Plus has plenty of horror delights. Want to play with a friend? Local co-op options are not lacking.

Unsurprisingly, role-playing games are not an exception, and that includes Western and Japanese projects. As the service’s library is so vast, here is a rundown of the best RPGs on PS Plus Premium and Extra.

As not everything is included with a PS Plus Extra subscription, each entry states whether the game is part of that tier.

The cult classic Mount and Blade series is a franchise that combines elements from grand strategy war games, fantasy RPGs, and city management simulators to create a game completely its own. Gameplay is divided into two sections – one where players control their character on a world map to go from location to location, and one when confronted in combat that sees players command their personal army against their foe in third-person massive-scale warfare.

Mount and Blade: Warband is not the first game in the series, nor is it the most recent (which would be the early access Bannerlord). However, it’s arguably the most popular in the series, despite its very dated graphics. It’s worth trying if you want to play something that combines the strategic senses required of the Total War series with the directional combat of Chivalry: Medieval Warfare.

Bloodborne is a dark fantasy RPG inspired by the works of H.P. Lovecraft, Bram Stoker, and other classical horror authors of the early 20th century. It is developed by FromSoftware, the same studio behind the Dark Souls franchise and recently-released Elden Ring.

Bloodborne was released as a PlayStation exclusive, though, and is included with PS Plus Premium and Extra. It’s one of the most challenging RPGs ever made, and its uniquely disturbing visuals paired with incredibly fine-tuned gameplay make it a classic every PlayStation owner should try at some point.

Ever since 2017’s Origins, Ubisoft has been introducing RPG touches to Assassin’s Creed, with Valhalla being the first entry to properly embrace the genre rather than just a handful of ingredients from it. Set during the Dark Ages in Britain, this open-world Viking epic offers a ridiculous amount of content for players to experience, and that is just focusing on Eivor’s main quest.

Valhalla delivers a fun mix of combat, exploration, and story, all the while allowing players to fine-tune their builds to suit their preferences. The gigantic map comes packed with stunning vistas and an eye for detail and authenticity.

Kingdom Come: Deliverance is not for the faint of heart. Warhorse’s RPG teleports players to a medieval kingdom that destroys the ill-prepared and the vulnerable, and surviving in Bohemia requires dedication, practice, and a willingness to overcome failure.

RELATED: The Best Games For Fans Of Medieval History

Kingdom Come: Deliverance prioritizes realism, and this extends to the progression system. Rather than selecting a class and focusing on that, the protagonist naturally grows depending on the skills they develop.

Pathfinder: Kingmaker is a massive game that, once upon a time, would have remained confined to PC. However, like JRPGs are nowadays more commonly found on computers, studios are also more willing to port isometric RPGs to consoles. Packed with all the DLC, the Definitive Edition is intimidating right from the gate, giving players the pick out of 16 classes. With more than a dozen regions to explore, Pathfinder: Kingmaker is a commitment that will consume someone’s life for potentially months.

Along with combat, which comes in two forms, this RPG also incorporates a kingdom-managing system that permits players to lord over regions and, eventually, the entire map.

A PlayStation 2 classic, Dark Cloud 2 is a charming JRPG that has aged beautifully over the last two decades. As Max and Monica, players explore dungeons in search of items that allow them and their village to grow. Rather than leveling up the protagonists, Dark Cloud 2 ties progression to weapons; the more a sword or gun is used, the stronger it becomes.

RELATED: The Best PS2 Games On PlayStation Plus Premium

Level-5’s portfolio is filled with great JRPGs, but even in that competitive scene, Dark Cloud 2 still manages to stand out as being something extra special. This PS2 title is one of the best RPGs on PS Plus Premium, and nostalgia has nothing to do with it.

South Park: The Fractured But Whole

South Park: The Stick of Truth and The Fractured but Whole are both on PS Plus Premium and Extra, and any fan of Trey Parker and Matt Stone’s series owes it to themselves to play through these RPGs. Although not too far removed from its predecessor, the sequel fine-tunes just enough aspects to be a clear improvement.

The Fractured but Whole parodies superheroes, particularly their domination of the film industry. The grid-based combat system is solid, while the game looks exactly like the show. Hopefully, there will be future South Park games.

While the graphics may feel dated in 2022, Oblivion’s story, gameplay, and overall atmosphere are still as impressive as they were on release. The music of the game is regularly praised as the best in the series, and the environments of Cyrodiil are as lush as they are teeming with secrets. If someone has only ever played Skyrim, they will like its predecessor too.

Final Fantasy 7 is hailed by JRPG fans across the world as one of the most iconic games of its generation. Originally launched for the Playstation, Final Fantasy 7 is required reading for gamers nowadays as it masterfully brought the series into the 3D space (despite all the janky graphics of the time).

The game originally came with multiple discs that had to be loaded when players reach certain points in the game, which isn’t a requirement anymore. The remastered version of the game is different in a number of ways, including a departure from traditional JRPG mechanics, but the original is still worth checking out for the gorgeous graphics and modern gameplay.

Nioh is a dark fantasy RPG that takes inspiration from Sengoku-era Japan, an era of Samurai, in creating a visually satisfying and patience-challenging world. It blends reality and fantasy to the point that the line between actual historical fact and mythological inspiration becomes blurred.

It’s not an easy game, though, and many fans have compared it to games like Dark Souls and Sekiro: Shadows Die Twice. If comparisons are to be made, Nioh is like a more colorful, more mystical Sekiro with slightly easier gameplay but a much more comprehensive narrative.

Even though the selection isn’t extensive, PS Plus Premium’s Classics Catalog has a number of old favorites from across PlayStation’s history. Wild Arms and Wild Arms 3 are both available as part of the subscription, and these JRPGs are considered classics for a reason. The original entry in the franchise has aged pretty well and is likely to hit the mark for fans of PS1-era RPGs; however, Wild Arms 3 is arguably the superior game of the two.

Visually and narratively, Media.Vision’s title is just as impressive nowadays as it was in the early 2000s. While conventional in many ways, the combat system is great for the most part and requires enough strategic thought to remain engaging throughout the majority of the campaign.

Nihon Falcom’s Ys has been a staple of the action-JRPG scene for decades, particularly on PCs. Although not the first entry to garner attention in Western countries, Ys 8: Lacrimosa of Dana helped expand the franchise’s visibility since it features graphics that did not look as dated as its predecessors’ visuals. More importantly, the action-JRPG has a fast-paced and awesome combat system that is accessible but also hides a fair amount of depth.

RELATED: Games To Play If You Liked Ys 9: Monstrum Nox

Set on a reasonably sized island filled with monsters to slay and discoveries to be made, Lacrimosa of Dana strikes a healthy balance of battles, character building, and exploration. One of the most fun JRPGs on PS Plus Premium and Extra, Ys 8 should not be missed.

The first Borderlands game defined a new genre, but other games in the series are what make it such a unique and long-lasting franchise. Borderlands 2 is included in the Handsome Collection alongside Borderlands: The Pre-Sequel, and while the standalone versions of these games are very “vanilla”, this compilation also comes with all DLC and upgrades on launch.

If there’s one DLC that needs to be experienced, it’s Tiny Tina’s Assault On Dragon Keep for Borderlands 2. This is a legendary DLC that combines Borderlands’ iconic looter-shooter mechanics with a fantasy world inspired by Dungeons and Dragons. 2022’s Tiny Tina’s Wonderlands is essentially a full game inspired by this lauded DLC.

The Fallout series has fallen slightly from its high graces following the release of Fallout 76, but the sheer quality of past titles in the franchise is the reason Fallout fans are holding out. The Fallout games from the early 2010s don’t look great compared to today’s graphics, but no one is going to deny that both Fallout 3 and New Vegas are deeper, more complicated games that give players tons of freedom to change the world as they see fit.

Fallout 4 is considered by fans to be a worthy addition to the franchise, though it wasn’t received as well on launch as it followed the huge critical success of New Vegas. If Fallout 76 or Fallout Shelter are the only games you’ve experienced in this franchise, you’re missing out on some of the best storytelling, environments, and combat systems of the 2010s.

Kevin Hart may have trolled Dwayne Johnson over his mom, but...