Home Entertainment The best reboot of the Mummy will pit Brendan Fraser against other... 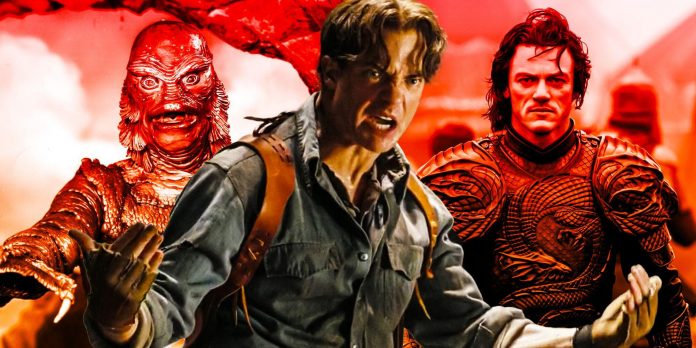 Fans of Brendan Fraser will love the continuation of the Mummy’s legacy, but the best reboot will pit Rick O’Connell Fraser against other classic universal monsters. In the 90s, studios revived classic screen monsters with a big budget, such as Francis Ford Coppola’s Dracula or Kenneth Branagh’s Frankenstein. Universal has spent the better part of a decade trying to create a new take on the Mummy, with horror greats like Clive Barker, Wes Craven and George A. Romero developing horror-centric remakes.

It was Stephen Sommers who came up with the idea to combine The Mummy with Indiana Jones, and the resulting 1999 blockbuster was a great success. The film spawned two direct sequels and a long-running side series with the films “The Scorpion King”. Once there was talk of a fourth Mummy movie with the return of O’Connell Brendan Fraser, but this project fell apart. Instead, Universal tried to build a cinematic universe around its famous monster library. Despite the overgrown plans for this “Dark Universe”, the concept could not withstand the first obstacle due to the box office disappointment of the reboot of “The Mummy” in 2017, in which Tom Cruise played the main role.

Ironically, the studio’s attempts to reconstruct its “Universal Monsters” into action movie franchises ignored the fact that 1999’s “The Mummy” had already provided a solid action/horror template. After his career waned after the 2008 film “The Mummy: Tomb of the Dragon Emperor,” Fraser is back again, especially thanks to upcoming projects such as “Batgirl” and Scorsese’s “Killers of the Flower Moon.” A revival of The Mummy would really cement his return, but instead of resurrecting Imhotep again, the reboot should show O’Connell fighting other universal monsters.

Brendan Fraser vs Dracula must happen

It was reportedly an early idea for “Return of the Mummy,” where Rick and Evie’s son created a plot hole, before it was decided to bring back Imhotep Arnold Vosloo for a second fight. Instead, Sommers transferred the idea of a character fighting Universal Monsters to 2004’s Van Helsing, where Hugh Jackman’s titular hunter fought Dracula, his brides, the Wolf Man and Frankenstein’s Monster. Van Helsing has his followers, but he didn’t manage to start a new series, but given that Fraser’s O’Connell is already an experienced monster hunter, a reboot of the Mummy could easily put him in a story pitting him against Dracula or the Creature from the Black Lagoon. . In “The Mummy 1999”, the balance of fighting and horror is a rare perfect combination, and it seems that the audience’s love for the Mummy movie franchise is only growing year by year.

If Universal is serious about making its monster catalog look like a blockbuster, building it around one of the most popular—at least in terms of box office—iterations of the Universal Monster movie in recent times is not the worst plan. O’Connell and his family’s fight against a new take on Dracula — it’s hard to imagine audiences hating someone like Mads Mikkelsen or Keanu Reeves in that role-would give the franchise a much—needed comeback, while later films could lead to some sort of Avengers-style event involving all classic monsters like Frankenstein’s Monster, Wolf Man and Creature. Of course, the title may be a problem, since the movie in which Brendan Fraser’s O’Connell fights other monsters cannot be called a Mummy.