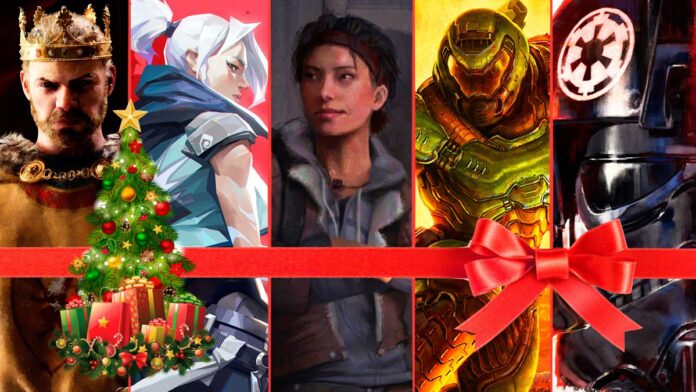 We bring you a list of the most varied proposals for PC in this year of 2020. The games that best represent the best of this platform.

2020 has been a strange year, one in which some of the highest-profile games have suffered mishaps that have prevented them from reaching their potential as a relentless cavalcade of surprises stormed our digital stores. Month after month we saw surprising quality games appear out of nowhere, a special mention to the roguelike genre that has received enough significant examples in a single year to play for a decade. Titles like Spelunky 2, BPM, Crown’s Trick or Monster Train could have been perfectly on this list any other year.

So we bring you a list of the most varied with the games that have resonated the most with us during this 2020. For this we have put prevalence in games that offer something unique to the platform, games that are played better on PC than anywhere else . Some games are here for their impeccable quality in all aspects, others are here for their impact on the environment in general, but we believe that every player will find a game to enjoy. So, we proceed to list what in our opinion are the best PC games of 2020.

The sequel to the most explosive game of 2016 arrived in March and surprisingly it was not to everyone’s liking. The main culprit for this discrepancy was a too forced change for some of the optimal way of playing the title. While its predecessor left the player more freedom when choosing which instrument of death to use and focused more on searching for ammunition through the scenarios in Doom Eternal, the rhythm of combat forces the player to constantly change weapons depending on the enemies. those you face. Fortunately, over time, players discovered how to use new tools in the proper way and a title was revealed that, although it is true that thematically loses coherence with its predecessor, it becomes a true dance of death in the games. more advanced levels, a gloomy ballet between Doomguy and the hordes of Hell. Doom Eternal is action in style and its DLC promises to take it to new heights.

Paradox, kings of strategy, have done it again. Taking its more complex title, making it more accessible without reducing its complexity, and in the process creating a good framework for future updates would not be an easy challenge for any company, especially not when it comes to Crusader Kings II with more than half a decade of additional content. Inexplicably, Paradox has not only succeeded, but did so with one of its least controversial releases, a game set to be played and pounded for hundreds of hours from the get-go. As a creator of stories it is exceptional, a game where hundreds of systems and mechanics intertwine to get closer to the complexity of human interaction throughout history. Pious ruler of your subjects, powerful and implacable tyrant, sweet family man… What story do you want to live?