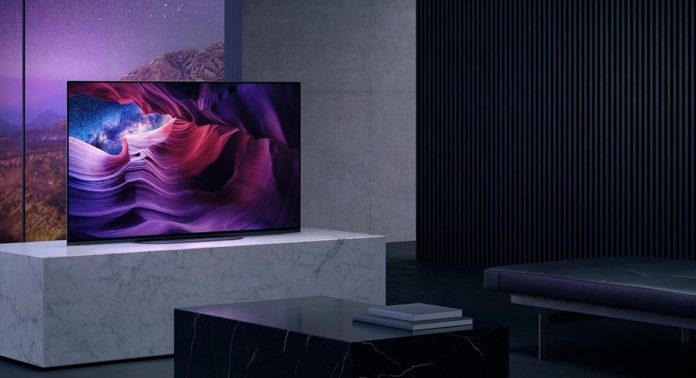 Before going into the details of the products we have compiled, we will answer the question of what is OLED technology and what are its advantages. So you can understand more clearly what the devices promise.

What is OLED and what are its advantages?

Kodak developed the technology called organic LED. OLED, which came out as an alternative to LCD televisions, set out with the claim of higher quality image and lower energy consumption. This technology is still used in many high-end televisions today.

LCD displays have backlighting with LED lights. However, in OLEDs, the image is formed by individual pixels. In this way, high contrast colors emerge. The products in our list of the best OLED televisions are also quite ambitious at this point.

On the other hand, the independent image creation of pixels is of particular importance for the black color. Because in LCD televisions, we see dark gray as light is used for black color. However, OLED gives true black by turning off the pixels in the black areas. At the same time, this situation provides efficiency.

The lack of backlighting also affects the design of the televisions. We can say that OLED televisions come with a thinner design.

The most striking disadvantage of OLED technology is that the image sticks to the screen. If the same image stays on the screen for a long time, it causes the image to be traced on the TV. For example, channel logo will remain permanently on the screen as a result of watching the same channel too much. This problem is also known as an OLED burn.

Companies have largely solved the burn problem in OLEDs with software. The devices detect the still image and move it to a distance too small for the viewer to understand. Thus, the visual does not remain constant.

We talked about the technology of ambitious devices in terms of image quality and energy efficiency. It came to the details of the devices we have compiled. Let’s start with Vestel’s model to take a closer look at the products on our list.

Also, we do not rank the products on our list, starting with the best.

OLED television of the local technology company Vestel; It comes out with a size of 65 inches and 4K resolution. The device with HDR support also includes Vestel patented Pixellence technology. This technology provides more vivid and clear images.

In a smart TV with a 4-core processor; You can access content on platforms such as Netflix and YouTube. In addition, you can watch 4K broadcasts without the need for extra devices with the built-in 4K satellite receiver.

On the other hand, you can use the device as a monitor thanks to the PC input on the product.

Among the products on our list of The best OLED TVs is the Sony KD-65A8 model. The 4K resolution device stands out with the high contrast and precise color experience provided by OLED, as well as its sound performance.

With Sony’s patented Acoustic Surface Audio technology in the product, the screen acts as a speaker. The screen functions as a speaker, aiming to increase the cinematic viewing pleasure. Because character dialogues and various voices come from exactly where the action is.

On the other hand, the television’s Android TV operating system stands out. The product can match many iOS and Android-based devices and offers users many options on the content platforms side. More than 5,000 apps on TV

In addition to the image quality, the audio performance is among the prominent aspects of the television. With Dolby Atmos technology, the device gives a 360o surround sound experience.

Another point that the product in our list of The best OLED TVs is ambitious is the gaming experience. The device, which draws attention with its 120 Hz refresh and 1ms response time, also bears the title of the world’s first NVIDIA G-Sync supported television.

The model, which is one of the Sony products with OLED display technology on our list, has a resolution of 4K and a size of 65 inches. In addition, the device adds power to OLED contrast with Pixel Contrast Booster technology.

It aims to increase the sound performance of television with Acoustic Surface Audio. Two actuators and two powerful subwoofers make the sound multidimensional.

The device with the Android TV operating system brings many applications to users with Google Play. Therefore, you can access many content platforms on this television.

The device in our list of The best OLED TVs; It aims at home cinema experience with its 4K resolution, OLED panel, Dolby Vision and Atmos features. In addition, HDR support makes the image quality of the television more assertive.

On the other hand, television has some capabilities that will attract Apple users. With Airplay 2, you can easily transfer files from Apple devices to the product. In addition, the Apple TV application is among the applications that the television has.