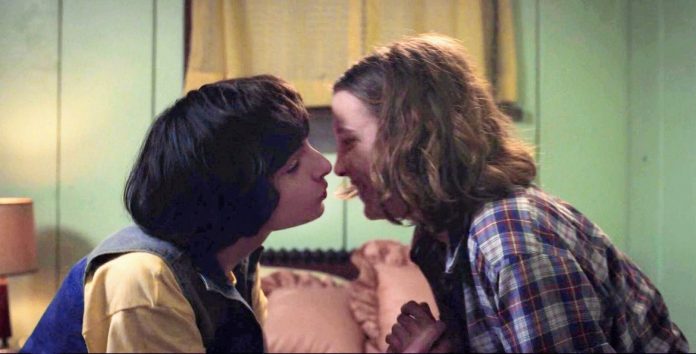 Although the Stranger Things show is filled with tons of ghosts, it also features a handful of loving couples or great friendships that could be considered for this list. Some of the romantic couples in Stranger Things face terrifyingly tragic plots, but at the same time they remain adorable and that characteristic attracts more and more fans.

The most classic Stranger Things couple – Mike Wheeler (Finn Wolfhard) and Eleven – have been fully available since the show’s inception. It’s clear that they are the center of attention of Stranger Things and things really start to heat up in season three.

Mileven has had her ups and downs, like remember the time Mike thought Eleven (Millie Bobby Brown) was dead? Or that time Eleven left Mike after he lied to her? But they prevail above all that, being one of the most resistant couples in the series.

Next up are the beloved, though unrequited, Joyce Byers (Winona Ryder) and Jim Hopper (David Harbor). While the couple have never officially professed their love for each other, the affection is clearly there, the two have incredible chemistry.

They are always arguing with each other and getting into horrible situations while exploring the mysteries of the Upside Down. Sadly, they didn’t get together before Hopper hinted at death danger in Stranger Things season three and before that, she was dating a sweet boy named Bob.

The following is the simple and sweet relationship between Nancy Wheeler (Natalia Dyer) and Jonathan Byers (Charlie Heaton), these two were hinted at during season one, but eventually turned into something in season two, and they remained as a couple until season three from Stranger Things.

They are the most down-to-earth, the pair barely getting into the drama, and they usually get involved with creature hunting later in the game. They are still ultimate heroes, first winning hearts when they paired up and explored the Upside Down in the first season of Stranger Things.

“Mad Max” Mayfield (Sadie Sink) and Lucas Sinclair (Caleb McLaughlin) quickly won hearts in the third season of Stranger Things, the two characters officially reunited at the end of season 2 when they kissed at the big school dance. , also known as ’84 Snow Ball.