Home Entertainment The Best Movies To Watch This Halloween On Netflix 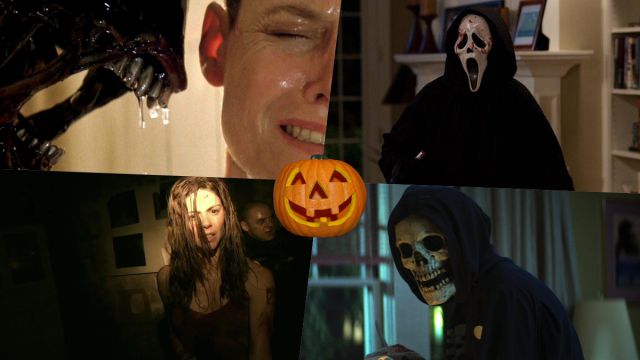 Halloween night is coming and we bring you the best movies that you can find on all the main platforms. Halloween 2021 looks different than last year. The coronavirus pandemic has not ended yet, but the situation has improved compared to 2020. What does not change is the possibility of enjoying the most terrifying films available in the main streaming platforms in our homes. And if you go for the movies, Halloween Kills is still on billboards around the world.

Next Saturday, October 31, the night will become more than ever a tribute to horror movies. It will be the day to see again the lunatic Jack Nicholson trying to assassinate his wife in The Shining, the monsters that Tim Burton created in Nightmare Before Christmas or Angela (Manuela Velasco) presenting that very realistic report of the zombies in REC .

Here is a compilation with some of the best Halloween movies that you can see on Netflix, Amazon Prime, HBO Max Spain and Disney +.

The best movies on Netflix

The cube (1997, Vincenzo Natali). Before the Saw saga existed, millions of viewers were totally terrified by Cube ‘The film tells the story of six people who appear locked in a labyrinth with deadly traps from which they can only get out if they solve a series of enigmas.
REC (2007, Jaume Balagueró, Paco Plaza). We leave a gap for Spanish cinema with the film that is already a classic. The narration of this zombie attack made REC a worldwide success.
The Shining (1980, Stanley Kubrick). If you still haven’t seen Jack Nicholson chasing his wife like crazy in the house they’re moving into, you can’t let him wait any longer.
The Addams Family (1991, Barry Sonnenfeld). Cinema for the whole family and to give a review of that gothic and extravagant family that conquered children and adults in the series of the 60s.
Verónica (2017, Paco Plaza). The director of REC returned to terror, but went from zombies to an exorcism. Of course, it was different from what we had seen until then: the events are set in a true story that happened in the Madrid neighborhood of Vallecas.
The Street of Terror (2021, Leigh Janiak). There are three films that make up this new film series produced by Netflix, which pay tribute to the genre in several different time periods. What does not change are the deaths and the mysteries.
Friday the 13th (2009, Marcus Nispel). Jason Voorhees is back in this remake of the 1980s classic. Again, the characters return to Crystal Lake, the place where terrible crimes were perpetrated. How could it be otherwise, they die one by one.